Well the newest gist is about a woman in UK, who did the unthinkable while seeing the movie at a cinema.

A lady at a packed showing of 50 Shades of Grey in Milton Keynes caused the entire audience to be evacuated after losing control of her bodily fluids.

The Cineworld showing had barely got underway when the women, believed to be under the influence of alcohol, started vomiting – much to the horror of those seated near her, reports the Milton Keynes Citizen.

But then things got even worse when she lost control of all her bodily fluids.

“We all expected to see Christian Grey gag  Anastasia as part of the plot,” a disgruntled cinema-goer told the Citizen.

“We certainly didn’t  expect to be gagging ourselves because of the stench.

“She lost control of  everything, including all bodily  fluids. The whole cinema stank.”

The Milton Keynes paper even reports that paramedics were called in to assist the woman.

“I’m not sure of her age but she so drunk she couldn’t move. She practically had to be  carried out. And the mess she left behind was just  disgusting,” said a source.

“There was no way they could clean it up there and then – it would be a specialist job, so the film was stopped and everybody had to leave.

“It was so disappointing. We’d really been looking forward to seeing it after reading the books.” 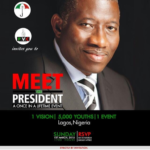 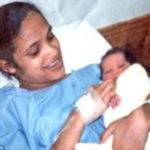