Menu
A cold war is currently brewing among sister security agencies ahead of the relocation of President Muhammadu Buhari to the Presidential Villa, Abuja

Since their inauguration on May 29, Buhari and Vice President Yemi Osinbajo have yet to relocate to the State House, because renovation works going on in their official residences had not been completed.
While the President currently operates from Defence House, the official residence of the President-elect, Osinbajo is said to be residing in a private residence.
Ahead of their relocation, there is currently an ongoing inter-agency row between the Nigerian Army and the Department of State Services on who will be in charge of the President’s security.
A Presidency source who pleaded anonymity because of the sensitive nature of the issue told Punch correspondent that one of the close aides of the President who is a retired military officer had written to the Nigerian Army, the DSS and the Nigeria Police to send a particular number of their men to be saddled with the responsibility of securing the State House.
He said the head of one of the security agencies had refused to take action on the directive because the author of the letter had not been given any formal responsibility by the President.
The official added that trouble started over the weekend when some officials of the Nigerian Army Intelligence Corps were driven into the State House with the instruction that they be deployed in strategic positions, including the President’s office and residence.
He added that the DSS officials on duty at the time denied them access into the State House until when a directive came that they should be allowed in.
The officials of NAIC were said to have taken over from the DSS officials.
The official said,

“The NAIC officials were first driven into the Villa in a Coastal bus on Saturday, but they were turned back by officials of the DSS.

“After a series of meetings, we were later told that we should allow them in. So they came in on Sunday while some others joined them on Monday.

“Naturally, it is DSS officials that are always in charge of the President’s inner security. But with this development, it seems they want to change the tradition and use the NAIC guys.

“The talk among operatives is that the development might be political considering the roles the DSS played in the build up to the 2015 general elections.”

Another source told our correspondent that DSS officials attached to the State House are also currently at loggerheads with officials of a private security outfit.
The security outfit is said to be owned by a retired DSS official who is also close to the President.
Security guards from the firm were said to have been working with Buhari long before he became the President.
The source told our correspondent on Monday that shortly after DSS officials arrived at the National Mosque, Abuja on Friday to cordon off the place ahead of Buhari’s arrival for the Jumat service, about 30 officials of the security firm also arrived.
They were said to have claimed that they were under instructions to take possession of the mosque’s premises, a step that was resisted by the DSS officials who insisted that the responsibility to secure the place for the Commander-in-Chief was solely theirs.

“After a lot of arguments, the officials of the security outfit agreed to leave the premises for the DSS officials as they were asked to go and stand outside the premises.

“That was the second time that the scenario played out in the mosque. On May 29 shortly after the President’s inauguration, that was the same way men of that firm showed up at the same mosque where the C-in-C worshipped,” the source added.

The DSS Deputy Director, Public Relations, Marilyn Ogar, said she had no information in the rivalry between the service personnel and soldiers.

“Nothing of such has been brought to my knowledge please,” she said in a text message.

The Acting Director, Army Public Relations, Col. Sani Usman, did not respond to calls to his phone.
He also did not respond to a text message asking him to clarify which security agency was in charge of the Presidential Villa security. 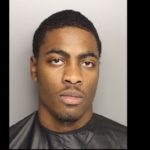