Menu
A few hours ago Nigerian Blogger and illustrator popularly known as Sugabelly went on Twitter and narrated how she was raped by the sons of former Governor of Kogi state Abubakar Audu, who died yesterday 22nd November 2015 after being announced the winner in the state’s gubernatorial elections. Award winning flm maker Charles Novia saw her tweets, made some research on it and this is what he wrote:

I stumbled by chance on the tweets of a lady on twitter who goes by the handle @sugabelly. She was tweeting triumphantly about the death of Kogi State’s Gubernatorial candidate for APC, Abubakar Audu, who died on Sunday 22 November from health complications. Her tweets were chilling to me but I also knew that there was a foundation for this and decided to research a bit on her and what really caused her open tirades against Audu and his family.

When she heard that Audu had died, she tweeted;……continue

‘’Irrefutable proof of the existence of an almighty God’’ When some people tweeted at her, upbraiding her for jubilating over Audu’s death she replied:….

‘Lmao people think I’m happy he’s dead because of politics? You people are so unserious’

She went angry and really pissed in the few tweets;

‘’ Shut up if you don’t know what you’re talking about. He’s dead and there’s a party in heaven and on earth.’’ Then she shockingly called out the names of Audu’s sons, borrowing from ‘Game of Thrones Season 5’: And that was when she started a short and unsettling allusion to her being gang-raped by the sons of the late Abubakar Audu;

‘The same people saying “how can you celebrate someone’s death” are laughing, mocking & joking about someone’s rape’ ‘Guess which one of us is inside you. Guess, or I’ll break your legs.’ – Mustapha

‘Just let me hit it raw, this guy! Today is my birthday! You gave her to me for my birthday!’ – Tunji

‘They told me you’re great in bed ‘– Bashir

‘Stop struggling, just let me get in, and get out’ – Ema

‘Dude, don’t be so rough, I’m going in there next’- Abdul

There have been shocked reactions about her tweets with many people saying she is lying about it and that she just loves to trend. I do not think a woman would go on twitter and expose an innermost part of her pain and violation just to trend. She certainly must have a backstory on this and perhaps Audu’s death gave her a sort of emotional release; some form of hubris.

I found her tale quite interesting to research a bit this morning and found out a few things. According to a journalist friend I called to ask questions, he said a few years ago, a woman (perhaps the one going by the twitter handle, @sugabelly, came out to with claims that Audu’s sons gang raped her and when she went to the authorities to report, Audu covered it up.

Audu reportedly used a legal firm of owned by a SAN to slam her with a $2 million libel suit but that the lawyers had to withdraw the case when she produced video evidence or an allusion of video evidence somewhat proved that she and the fellas were in one plce when it happened . That’s as far as I could gleam from the story. I haven’t found out what happened next.

It goes to show something; when people die, especially people who are holders of political responsibility, their deeds or misdeeds left in the sands of history would always be a yardstick for judgement here and beyond.

Charles Novia is an award-winning filmmaker. He is founder of November Productions and November Records. Connect with him on Facebook.

Meanwhile Sugabelly wrote on her blog that she’s struggling with constant suicidal thoughts, and have suffered from utter apathy for little over a year now. Nothing excites her anymore and nothing makes her happy anymore. She had thought about jumping into a moving train but the thought of having a painful death scares her  but  she dosent know how long she can hold on….you can read her post here and leave an encouraging word for her. 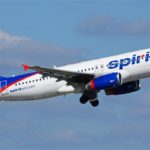