Connect with us
Twenty six year old Andrew Jones nearly died some years ago after a heart failure and had to require a hear transplant. 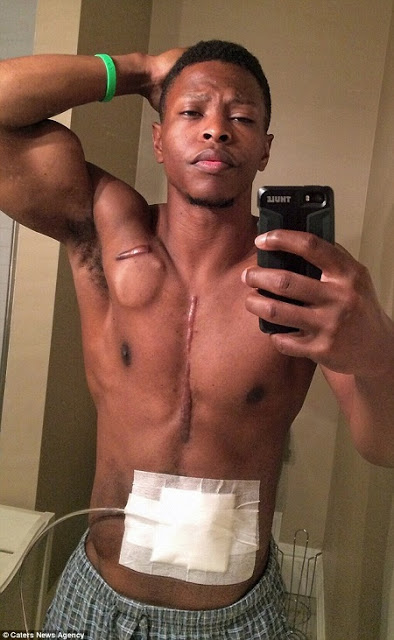 Andrew has made an incredible recovery and now trains with his heart in a backpack which he carries around.

Dailymail revealed that Andrew Jones, from Conneticut, first became unwell in 2012 after struggling to breathe during a run. He was horrified when two years later he started to cough up blood and developed a high fever.

In hospital, doctors diagnosed the 26-year-old with cardiomyopathy – a hereditary disease of the heart muscle – and soon he became so weak he couldn’t stand, walk or dress himself. Just months later, he was told he can only survive if a transplant was immediately carried out.

More deets and photo when you continue….

However, because there were no organs available, he was fitted with a pacemaker and an artificial heart – which he now carries around in a bag on his back.

Now, he is back to the gym and said he cries after workouts as he feels so ‘thankful to be alive’.

Recalling suffering from heart failure, Mr Jones said: ‘It’s something I would never want to wish upon my worst enemy.

‘You can’t breathe, you can’t think, you don’t eat and you don’t sleep.

He continued: ‘Living with this disease put me in a pattern with depression and physical pain.

‘I had to stop working because I wouldn’t be able to stand for more than 10 minutes.

‘I dreaded going to the kitchen because that meant that I had to go up and down my stairs.

‘I couldn’t even get dressed without panting and gasping for air – my life was falling apart and I just wanted relief.’ 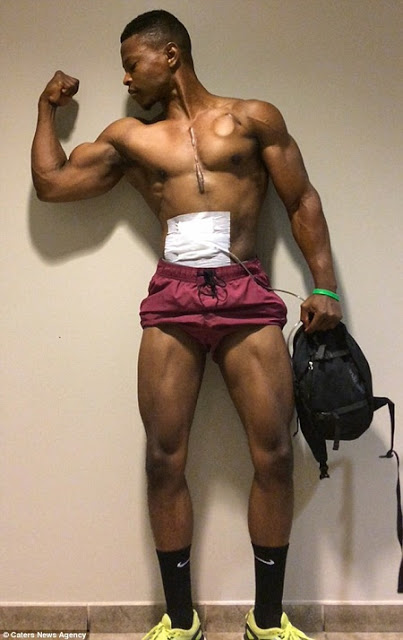 Mr Jones even launched his own charity, Hearts at Large, to raise awareness for organ donations and has over 14,000 followers on his Instagram, @FitnessWithAJ.

Grateful to be alive, he breaks down in tears at the gym as he is so happy he is still able to train.

Cardiomyopathy (literally “heart muscle disease”) is the measurable deterioration for any reason of the ability of the myocardium (the heart muscle) to contract, usually leading to heart failure.