Menu
Tragedy struck on Tuesday in the Ipaja area of Lagos after two siblings were killed in a fire incident suspected to have been caused by a candle. 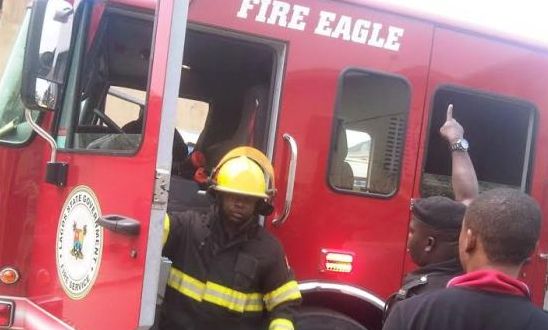 The sisters – five-year-old Rokibat, and Amirat, three – were burnt to death at their parents’ house on Ifelodun Close, Ajasa Command.

Their mother was said to have hurriedly taken two of their siblings to safety and had returned to carry them when the severity of the inferno kept her back.

According to Punch, sympathisers and other residents put out the fire before the arrival of officials of the Lagos State Fire Service who received the alert late and had problem locating the area.

The remains of the victims were said to have been taken away by their relatives. It was gathered that the fire gutted three apartments in the bungalow.

A tenant, who did not wish to be identified, said the fire started around 12am. He said,

“I don’t know what caused it. What I can say is that around 12am, while I was asleep, my wife suddenly woke up and raised the alarm that our neighbour’s apartment was on fire.

“We later gathered that the woman and her four children were asleep when one of the children, who was in the parlour, screamed that fire was burning. Their mother grabbed him and their last born and took them to safety.

“As she attempted to run back to save the two girls who were still asleep, she could not open their iron door. The fire then aggravated and sympathisers had to pull her back. The two girls were burnt to death.”

Sources said the family had been going through hard times, which culminated in the incident.

A source explained that the children’s father had been detained in a police cell three days earlier over a contract he failed to execute.

“The contract involved N900,000 but he did not carry it out. His client got police to arrest him. The man said he had already bought the materials for the job and he was ready to execute it, but his client insisted on collecting the money, saying he was no longer interested in the job.

“On Monday the man’s wife went to beg the client to release him. She told him that the family was suffering, but he refused. She went to different places to seek help and returned home around 11pm. She was obviously tired and dosed off and when the fire started around 12am, she was unaware. By the time her son woke her up, it was too late.”

The victims’ mum said her family did not have inflammable material that could have caused the fire.

The Director of the Lagos State Fire Service, Rasak Fadipe, confirmed the incident.

“The fire affected a bungalow consisting of five apartments. We were not called on time.
From our investigations, there has not been light in the area for some days now. Some of the residents said it was a candle stick that caused the fire. The woman probably forgot to put it out, which led to the inferno.” 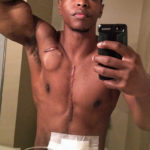 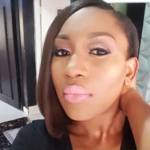