Doctors in India have removed a baby’s skeleton from inside its mother, nearly four decades after the unborn infant died.
Kantabai Thakre became pregnant in 1978, aged 24, but doctors warned the ectopic pregnancy had little chance of success. Terrified of an operation, the young mother fled home and sought treatment for the pain in a small clinic near the village where she lived.
After a few months the pain subsided and Mrs Thakre was convinced she had been cured. However, last week the pains returned and Mrs Thakre, now 60, visited doctors in the central Indian city of Nagpur.
Having found a lump on the lower right side of her abdomen, doctors at the NKP Salve Institute of Medical Sciences were concerned about cancer but an MRI scan revealed the hard mass was in fact the skeleton of her unborn child.
Speaking to The Times of India, Dr Murtaza Akhtar, head of surgery at the hospital, said last week: “It was after the patient underwent a MRI that the doctors could make out that the mass was in fact a child’s skeleton”.
The CT scan of the mass containing the bones of a dead foetus The CT scan of the mass containing the bones of a dead foetus Doctors have now removed the skeleton.
After searching medical records, the team of doctors believe this may be the longest ectopic pregnancy on record.
The previous longest ectopic pregnancy, when the foetus develops outside of the womb, was a Belgium woman who carried the remains of the failed pregnancy for 18 years. 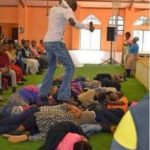 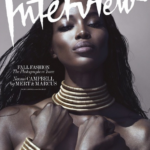