Menu
A baby has been left completely blind after a surgeon reportedly removed the wrong eye. One-year-old Fernando Jonathan Valdez Ayala had a potentially life-threatening tumour in his left eye and could not see out of it.

He was receiving chemotherapy but his surgeon Armando Cisneros Espinoza decided it was not working and the eye would have to be removed. But he removed the baby’s fully functional right eye instead leaving him blind.

Damn.this aint funny at all……

The mix-up happened at the Medical Unit of High Speciality Mexican Social Security Institute in Ciudad Obregon, in the northwest Mexican state of Sonora.
The baby’s horrified parents are now suing on the grounds of medical negligence and are demanding compensation.

Espinoza defended the operation, saying he removed the right eye because he saw a tumour in it but his parents believe it is a cover-up as he still has h left eye with a life-threatening tumour.
Tests are undergoing on the eye that has been removed to see whether it did have a tumour.
Mum Maria Marlene Ayala Quijano said: “Doctors started to treat him and decided that they were going to remove the left eye when it was not working, but they removed the right one.

“The doctor told us that he had removed the right eye because he had seen a tumour in that eye as well.

“But we cannot believe a tumour is going to suddenly appear in just a few hours in our son’s good eye, and the left eye, that was supposed to be removed, is still there.

“The doctor said that he wanted to save his life and therefore he decided to remove the right eye.

“They say that they will look at the eye to check that there was a tumour there, but we plan to get an independent test.

“I feel impotence and anger because my baby does not have a working eye anymore, and nobody can put it back, it was his only healthy eye.”

The boy’s father Fernando Valdez Gastelum has reported the incident to police and an internal investigation has been launched at the hospital.

The parents’ lawyer, Javier Valenzuela, said the child’s life was still in danger due to the tumour in the bad eye.

He said they will be making a complaint to the National Commission of Human Rights and the Medical Arbitration Commission.

The lawyer said that the child still has a tumour in the bad eye and his life continues to be in danger.

The Mexican Social Security Institute said they had also started an investigation. 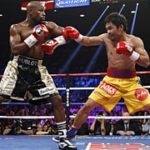