Menu
According to a report on Vanguard,a local boat carrying nine passengers and three motorcycles, which capsized at Ngira village across River Donga in Sadauna LGA of Taraba state, has led to the death of one victim, while three others are missing including a senior driver to the Speaker of Taraba State House of Assembly, Peter Abel Diah.

It was gathered that the tragic boat mishap incident occurred during the past weekend as the driver was said to be on his way from Gyembu the headquarters of Sadauna LGA where he attended a wedding of the son of Abubakar Bawa, the Special Adviser to the Taraba State Governor on political matters.

Speaking to Vanguard through his personal assistant, Muhamed Harris, the state’s speaker, Rt. Hon. Peter Diah, regretted the incident and also blamed the accident on overloading of the local boat and lack of accessible road within the area.

The speaker regretted that the accident would have been avoided if the rider of the local boat conveyed the passengers according to the capacity of the boat, adding that the former Chairman of Sadauna LGA, Dawood Joduwa and an Councilor from the local government area were among the five victims that survived the accident. 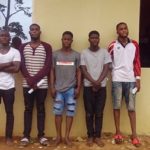 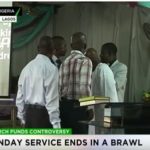