Connect with us
It appears that the long time feud between 50 Cent and Cam’ron has been resolved. The two took to Instagram to publicly end their nearly decade long beef by posting photos of them laughing together, while they were apparently in a funny conversation. 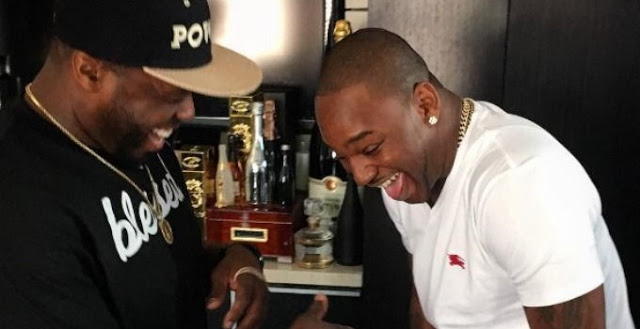 “I said Cam I would talk to you like you ain’t got money, if I didn’t see them big ass knot’s in ya pockets,” Jackson wrote in his caption, hashtagging the caption with EFFEN Vodka.

But before this reconciliation, the two were in pretty tough exchange. The beef began in 2007 when 50 was being interviewed by Angie Martinez at Hot 97. During the interview, Cam called in as 50 bashed Koch Entertainment (who represented Cam) saying he could shut down any project under the label’s banner. The two argued back and forth over recent sales of G-Unit artists in contrast to Koch Entertainment’s reputation in the industry.

“… don’t act like act the general public doesn’t know this is where you go (Koch Entertainment) after the majors won’t invest in them,” 50 said.


The interview goes further left as they both begin to boast about how much money they have and different distribution deals that they’ve signed. Following the exchange, 50 released the Cam’ron diss track “Funeral Music,” and Cam fired back with a diss track, titled “Curtis.”

In 2011, Cam spoke to MTV saying that they had a small hip hop beef, and there was no longer an issue.

But there was never an official reconciliation between the two emcees, until now. Tuesday, 50 told MTV that Cam’s a good guy.

“What me and Cam’ron had is music,” 50 says. “It’s the competitive nature of the art form. In hip-hop, there’s always been battling. It’s a part of it. I don’t wake up or go to sleep feeling like I hate Cam’ron. He’s a good guy.”

While beefs are good and entertaining for hip hop heads, it’s good to see artists from the the early 00s squash their issues and make nice with one another. Hopefully, a G-Unit and Dipset collaboration looms in the near future. But we be would be happy with Cam’ron making a guest appearance in an all ensemble on Power.

Related Topics:50 centCam’roncelebritiesEntertainmentHOLLYWOODmusiciansPHOTOSPEAKSQuarrelsshowbiz
Up Next