Menu
Have you heard about a new technological invention that aims to help men boast of maintaining an erection for 12 hours.

A s*x toy that claims to beat erectile dysfunction and premature ejaculation by helping men last up to 12 hours in bed, could  be available on the NHS within three years.

The gadget, dubbed “Stays-Hard”, holds the penis aloft to maintain a “solid” erection – even after orgasm.

It is safe to use with condoms and other varieties of contraceptive, and can be fitted by either partner in just a few seconds.

The device took five years of research and was developed in conjunction with urologists and Professor Peter Ford of De Montfort University.

Tyna International Limited and its founder, Richard Wylie, are now in talks with the NHS in order to gain Class 1 medical registration and make the device, which can be used for up to six months, available on prescription to sufferers of erectile dysfunction and premature ejaculation.

Mr Wylie, a former non-medical partner at a Harley Street clinic, said: “Erectile dysfunction is a nightmare situation. When a man loses potency, it’s like he loses his life.

“Many men decide not to do anything about it. They don’t want to talk about it and their wives or partners think it’s their fault. If untreated it can lead to the break-up of marriages and relationships.

“Stays-Hard has been created for all the millions of guys out there who have got problems. It was patented with them in mind.”

The device allows users to last for up to 12 hours in bed, researchers say

Though targeted at the 40s-60s, the device could also improve the sex lives of many men including the elderly and disabled without the need for invasive surgery.

It could also help the estimated seven per cent of men in their 20s and 11 per cent in their 30s who suffer from erectile dysfunction.

The product, which costs £40, is the first of its kind in the UK.

It is made from spring steel and a medical grade thermoplastic tubing, and was shortlisted as a finalist for this year’s Virgin Media VOOM award.

A series of successful case studies in men of all ages demonstrated the device’s ability to maintain a pain-free erection “indefinitely”, even after ejaculation. 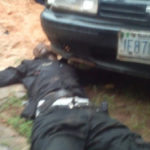 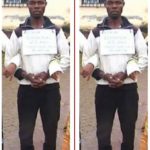