Menu
SAMBODASUKI1
Judge: Did you send any money to me; to any member of my family or through any counsel?
Dasuki: No, my Lord, except if the DSS agents, who are reporting the allegation did. 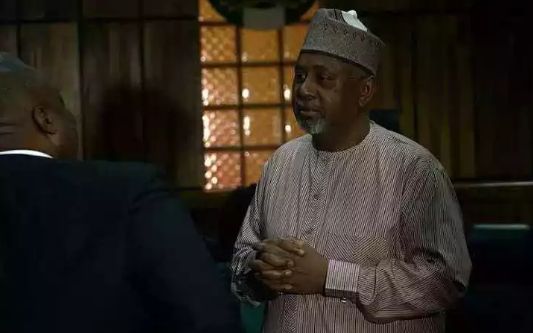 In a bid to make people believe that he never took bribe from anyone, one of the judges arrested last week by the Department of State Services (DSS), Justice Adeniyi Ademola of the Federal Hiigh Court withdrew yesterday from the trial of former National Security Adviser, Sambo Dasuki.

Dasuki was arraigned before the court on September 1, 2015, accused of unlawful possession of arms and money laundering.

After some delay caused by the defence, the trial opened on May 18, with the prosecution calling its first witness, Samuel Ogbu, a senior DSS operative.

Ogbu told the court how the team he worked with interviewed Dasuki and obtained statement from him in the comfort of his home on July 17, 2015. He gave details of how the team searched the ex-NSA’s private home in Asokoro, Abuja, recovered five Tavor rifles, one Lugar rifle, one micro Uzi rifle, various categories of ammunition and cash in both local and foreign currencies.

The trial was later stalled when the prosecution applied to have its other witnesses shielded from public glare to protect them from possible harm, an application the defence rejected, following which Justice Ademola scheduled ruling on the application for October 18.

Parties had expected the judge to deliver the ruling when proceedings opened yesterday, but Justice Ademola announce his withdrawal from the case, citing his trouble in the hands of the DSS.

Before withdrawing from the case, Justice Ademola said:

“I’m sure the prosecution and defence counsel are conversant with what is going on in the last seven days in this country. One of the allegations being made against me by the Department of State Security is that I received certain sums of unspecified money from the defendant.

“Of course, I have responded to that allegation of receiving an unspecified sums of money from the defendant. But, it will be wise for him to answer some questions.”

Justice Ademola then engaged Dasuki in a conversation:

Judge: “Do you know me at all or have come in contact with me?”
Dasuki: “I don’t know you, my Lord.”

Judge: “Did you, at any time, give me money in respect of the ongoing trial?”
Dasuki: “No, my Lord. I didn’t give you any money.”

Judge: “Did you send any money to me; to any member of my family or through any counsel?”
Dasuki: “No, my Lord, except if the DSS agents, who are reporting the allegation did.”

Judge: “I am happy you have answered these questions. In the interest of fair hearing, I am minded to return the case file to the Chief Judge of the Federal High Court for further action.”

“We are guided by your Lordship’s decision, even though we had come for a ruling and continuation of trial.” 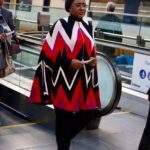 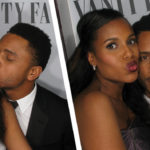