Menu
A pastor has courted controversy after boasting of possessing power to make people sleep in church. He didn’t just stop there, he demonstrated the power by putting a few of the congregants into a deep state of slumber and went ahead to step on their stomachs in a somewhat abusive demonstration of power. 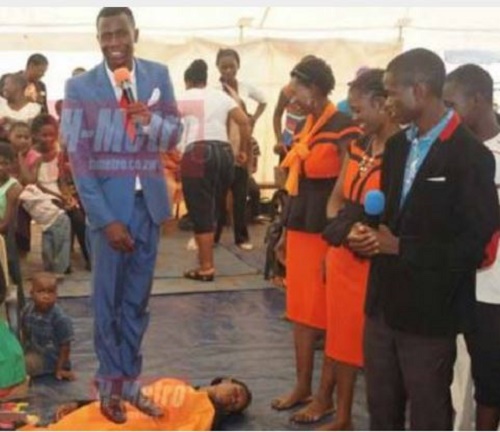 According to H-metro, Apostle Joshua Gambe, founder of Harvest Family International Ministry, Zimbabwe last week had his congregants under his feet to demonstrate his power as he also claimed to be able to turn water into wine.

“They sleep just as good as dead and to demonstrate that they are really unconscious, I will step on top of them and jump up and down on them.

“I went on to call women who weigh 80kg to step on them and jump up and down on them and by the time I resurrect them they will be amazed to see pictures and they will feel no pain whatsoever on their body.”

Many people have lashed out at the self-styled man of God as they condemned him for stepping on a congregation member for whatever reason.

The pastor is not new to controversy. Just last week, the apostle also reportedly changed water to wine and gave it to the congregants to drink until some got drunk as a demonstration of his power from God. 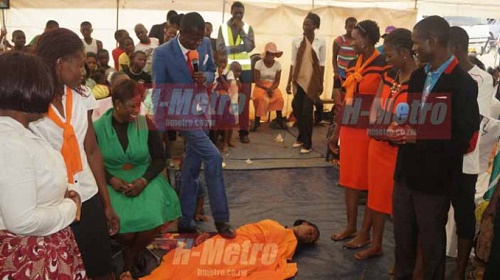 Some of the videos of the controversial miracle are already circulating on social media where women are visibly seen to be most affected by the ‘wine’.

Speaking to H-Metro, he said:

“I speak an instruction to bottled water to turn into wine and to prove that the water has obeyed the given instruction. I will then give some of the congregants to drink and they will get drunk visibly. They say the water still tastes like normal water but once you drink one gets drunk.

“Again in Acts 8:6 the bible says the people heard and saw all the miraculous signs he did they all paid close attention, so I believe we are in an era where we need to restore the miracles, signs and wonders just as it was in the days of Jesus and the apostles.

“So the reason of this miracle is to show everyone that Jesus is the same yesterday, today and forever.

“If he did it in John 2 at the wedding of Canna he can still do it today. That means if he can turn water into wine, he can also turn your poverty, heal every disease, and he can deliver you from every form of oppression,” he said. 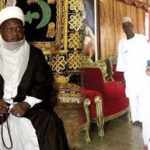 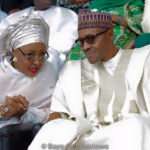