The fiery cleric gave the warning during his sermon at the Adoration Ground, Enugu State yesterday.

Mbaka advised President Buhari to travel to Rome where he would ask God’s forgiveness for the blood of men of God and innocent men, women and children killed under his watch.

He said there will be disaster if leaders in the country, low and high, failed to ask God for forgiveness.

“From the councilor to the Igwe and everyone in the rank of leadership. To the people who called themselves Senators, who are busy messing up the country in the name of lawmaking and those who are hovering in the House of Representatives, who are they representing actually? They are representing the disaster that is coming.

“All of them should go the Bishops of this country and kneel down; lie down. President Buhari, if you don’t do this, you’ll know that a man of God has spoken.

Apologise to the mother church. (Buhari should) take them (other leaders in the country) to the nunciature, the Popes representatives are there, if you (Buhari) can’t take them to Rome, and apologize for the blood of the holy men and women that were shed under your (Buhari) government.

“God can prophesy someone into a position. If you know how Nebucadnezzar became the President. He went there under prophetic order. When God wants to punish His people, He can use a leader. The Nebucadnezzar God later pushed into the bush.” 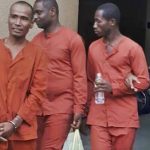 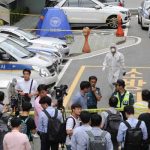