Malia Obama was seen packing on the PDA with her boyfriend Rory Farquharson whilst waiting for a tube at an underground station in London last month.

Seemingly unfazed by the busy hustle and bustle of passengers around them, the couple were pictured sharing a tender moment as Malia closed her eyes, while Rory appeared to plant a kiss on her forehead.

In another photo, Malia wrapped her arms around her boyfriend’s neck, while he seemed a little more preoccupied with checking his phone.

They were later seen walking down a London street, both holding cigarettes.

Malia appears to have inherited her father’s weakness for nicotine. Barack, was also a regular smoker prior to entering the White House and was spotted several times chewing on nicorette gum to fight the habit.

The former first daughter was also accused of smoking marijuana in 2016 after a video of her puffing on a suspicious cigarette was released. The president’s eldest daughter was seen inhaling from the cigarette during the Lollapalooza music festival in Chicago. 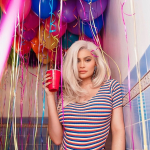 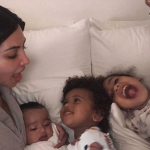