Without any flicker of doubt, Nicki Minaj is one of the greatest rappers to have ever spit a rap verse, her getting to this point in her career hasn’t been exactly an easy journey as she has had to fight the competitive cut throat and strikingly misogynistic hip hop industry and shake off the shadows of the female rappers who came before her, create her own brand and break through the ceilings which seem to hover and limit the success of black women especially in the music industry.

The Queen of rap has always been especially talented; with a rap writing gift that separates her from her female and male rap counterparts, her unmatched rap flow which has built for her a fanbase willing to go above the call of duty for their queen and her ability to break into a song and manage to be better than most singers and in her latest album and fourth studio album – Queen, she brings all this and so much more which all serve to make the album an interesting and intriguing listen.

The drama that surrounds the creation of Queen has been quite something especially due to the rise of a new female rap goddess- Cardi B who has been dominating the charts and our hearts and whose success seemed to threaten Nicki’s reign as queen of rap and it seemed Nicki had to remind everyone that she was, still is and remains the queen of rap and the appropriately titled album Queen does just that.

Queen is a cohesive and sonically pleasing work of art with unmatched transitions between all nineteen songs from the interlude and right down to the outro, it is sheer perfection. Although I shy away from putting both amazingly perfect albums against each other, I think Queen is a better album than The Pinkprint and even Pink Friday because of it’s story and musical beauty and it just might be Nicki Minaj’s Lemonade.

The album opens up with Ganja Burns – a soft listen which pays homge to Nicki Minaj’s Trinidadian heritage as well as the state of mind she was in while creating in Queen where she talks about abstaining from sex to zen her body – something she has talked about in earlier interviews and then moves to Majesty and heads straight to Barbie Dreams which is the favorite of many especially as Nicki’s alter ego Roman (who used to be a fan favorite back in the day) made a cameo appearance and had us all giddy things get sultry with Rich Sex (which was released earlier) which had Lil Wayne, then Hard White and of course, a personal favorite; the sexy Bed – which had pop princess Ariana Grande providing amazing vocals while Nicki does what she does best- spit flaming hot rap lines.

The album which has nineteen amazing tracks which included the diss track LLC, the twerking anthem of the year Good Form and the particularly emotional Come See About Me then ends with us begging Nicki for me, something I didn’t think I would ever do especially as I had once considered nineteen too much to be put in one album but Nicki Minaj once again left us gagging for more!

After listening to Queen for the billionth time, I can’t help but think it is an emotional and spiritual experience for both the listener and the creator and it is a true artistic masterpiece and makes me feel things none of Nicki Minaj’s earlier work has ever made me feel. 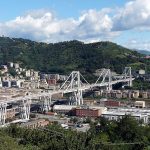 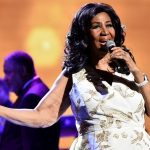