We know Igbo people are rich and they know how to spend money on life’s beautiful things, but we didn’t see this coming, but it happened somewhere in a village, in Anambra State – A red midsize, exotic-fresh Toyota Venza car with tinted windows being used to hawk fresh bread.

The car was spotted loaded with bread as they were offloading for some customers.

An Awka-based, IT Consultant and Facebook user, Ezeasor Ebubechukwuzo Kingsley posted the picture of a red Toyota Venza, with tinted glass, and fresh alloy rims being used to hawk bread in Anambra State. he captioned the photo #ThisIsNigeria hashtag, which the reporter used to underline his shock.

In the pictures, the exotic car that costs a whopping N7.5 MILLION was seen loaded with stacks of packed bread.

In the post, digital strategist, Ezeasor wrote, “Inside the Village? They are Marketing bread With Toyota Venza tinted glass for that matter my sister’s dream car! #ThisIsNigeria.”

This really is Nigeria, but we can all admit that nobody saw this coming. It is the manifestation of that rumour that music legend, Fela Anikulapo-Kuti used a Limousine to sell vegetables on the streets of Lagos. 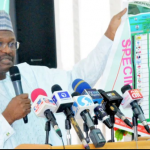 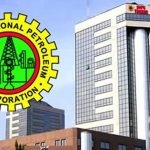