Did former Governor of Anambra State, Peter Obi, tell a bare-faced lie when he told the nation that he has no other house outside of his property in Onitsha?

This question has dominated the social media ever since the discoveries of certain properties in London linked to Peter Obi.

Ever since the PDP presidential flagbearer, Atiku Abubakar, named Peter Obi his running mate for the 2019 general elections, a lot of folks on social media embarked on a digging spree of some sort and came up with the allegations that Obi has been exaggerating a lot of his prudence and frugal stories, that Obi has a mansion in upscale London, contrary to his claim in this video below:

For those who can’t view YouTube, her is Peter Obi’s compelling story, a story of humility, and austerity, a story of places where he owns houses… pic.twitter.com/ICdnS4rlRN

Here is a transcript of what Peter Obi said at a forum called ThePlatform, a couple of months ago:

“In fact in one case in South Africa, somebody brought one man who told me that he knows every Nigerian that owns a flat, every politician, you know. And he says I can sell the same to you. It’s just $2.5million and everything. And I said to him, why will anybody buy this type of place and keep? If I buy it, it will cost me at least another $25,000 a year to keep it. He said more than that. And I said, so why will I own it? I don’t need it!

“And I told the man, look, I don’t own a house in Abuja. The only place I own a house as Peter Obi is in Onitsha. The house I will own in Abuja will cost me N400million. Why will I own it when I go to Abuja every week and sleep one night which costs me 35,000. If I multiply it by 52 weeks, it’s not up to 5 million and I buy a house for 400million? Then it’s not worth it”.

However, there is a document attaching the property on N0 14 Oman Avenue, Cricklewood, London NW2 6BG to a certain Gregory Peter Onwubuasi Obi.

"The only place I Peter Obi own a house is in Onitsha." Peter Obi

****????????? it is false, there must be an explanation for the alleged property in London. pic.twitter.com/LJ7NRYHigX

There are indications that there are a few other properties in London bearing Obi’s name.

Peter obi said he has no house anywhere in the world except onitsha…. Dat one pain me oya see obi house. pic.twitter.com/Kkpf2Lipvb

There is another clip where Obi challenges anyone to confiscate any other house in his name outside of the one in Onitsha.

Obi has also told the world that he only owns two pairs of shoes and a wristwatch; even though a few other watches of varying hues have been spotted on his wrist in the last couple of months.

Essentially, Obi has built for himself a reputation that borders on shunning the finer things of life. Has he been fibbing all along?

So, has Peter Obi been lying about his austere lifestyle all along?

Obienyem added that in any case, the London property was purchased long before Obi got anywhere near the corridors of power in Nigeria.

“As for his London houses, it might interest the public to note that he bought his first house in London in 1987. All the houses he owned in London were purchased before he became governor of Anambra State and were all duly declared.”

Obienyem advised Nigerians and the international community to disregard “false stories being fabricated by detractors who are clutching at straws in their vain bid to demonize Mr. Obi, a proven performer and lover of the masses who is well known for his forthrightness and integrity.”

So, dear esteemed reader, after going through all sides of the story, what do you think? 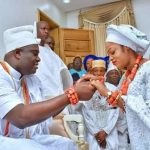 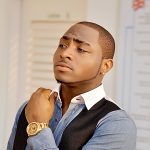