Eleven months after the home of the leader of the Indigenous People of Biafra, Nnamdi Kanu, was raided by the military in Umuahia, Abia State, the IPOB leader appears to have surfaced. He was reportedly spotted praying in Jerusalem.

Nnamdi Kanu is the traditional ruler of Afaraukwu Autonomous Community and father of Nnamdi Kanu, the leader of the proscribed Indigenous People of Biafra (IPOB).

Mazi Kanu was declared missing from his residence after some military men invaded his residence in Afaraukwu community in Abia State on September 10, 2017.

The Afaraukwu-Ibeku community in Umuahia North Local Government Area of Abia demanded the whereabouts of Eze Israel Kanu from the community in the aftermath of the 2017 “Operation Python Dance II” in Abia on September 2017.

Yesterday being Friday In a video which surfaced online, the IPOB leader was spotted in Jerusalem wearing an Israeli outfit used for prayers while holding a book. He also took pictures with other IPOB members who accompanied him for prayers. 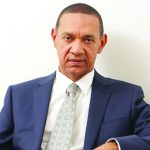 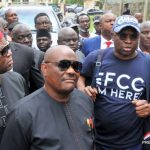