Police have arrested two persons during the ongoing car procession at the #EndSARSAnniversary protest at Lekki tollgate in Lagos State. 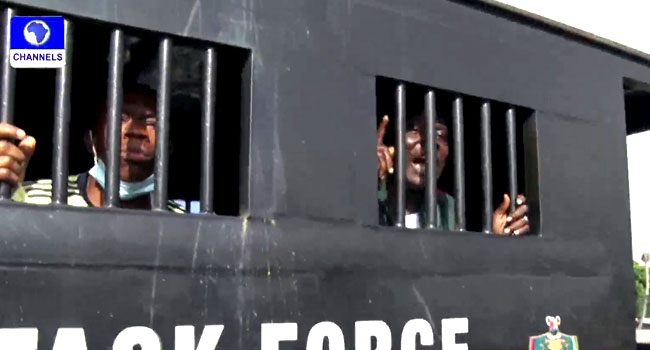 The two protesters were arrested on Wednesday morning during the car procession in memory of the EndSARS protest which allegedly led to the loss of many lives on October 20, 2020.

One of the protesters was arrested while talking to reporters who were at the tollgate to cover the procession. Before this, there was an altercation between some members of the press and the security officials.

The young man was heard saying: “I did not do anything. They beat me, they collected my phone, they took my money; the police have not learnt their lessons.”

Shortly after they were arrested, both men were taken into a waiting truck of the Lagos State Task Force, after which the vehicle zoomed off.

While the police are stationed at the tollgate for security purposes, officials of the Lagos Neighbourhood Safety Corps (LNSC) are maintaining a free flow of traffic. 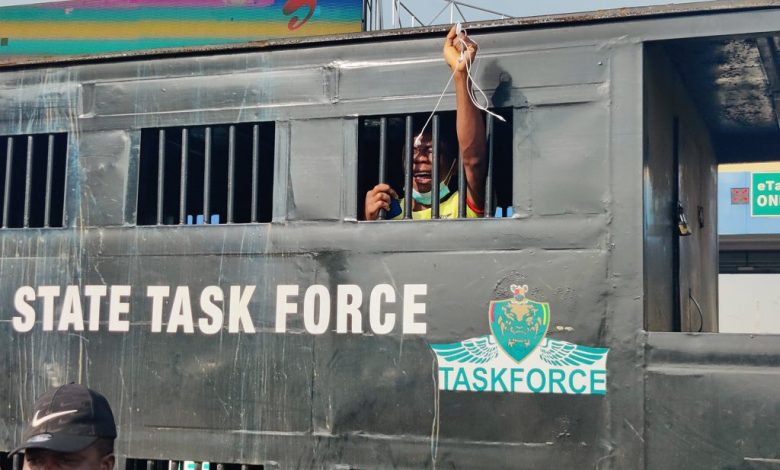 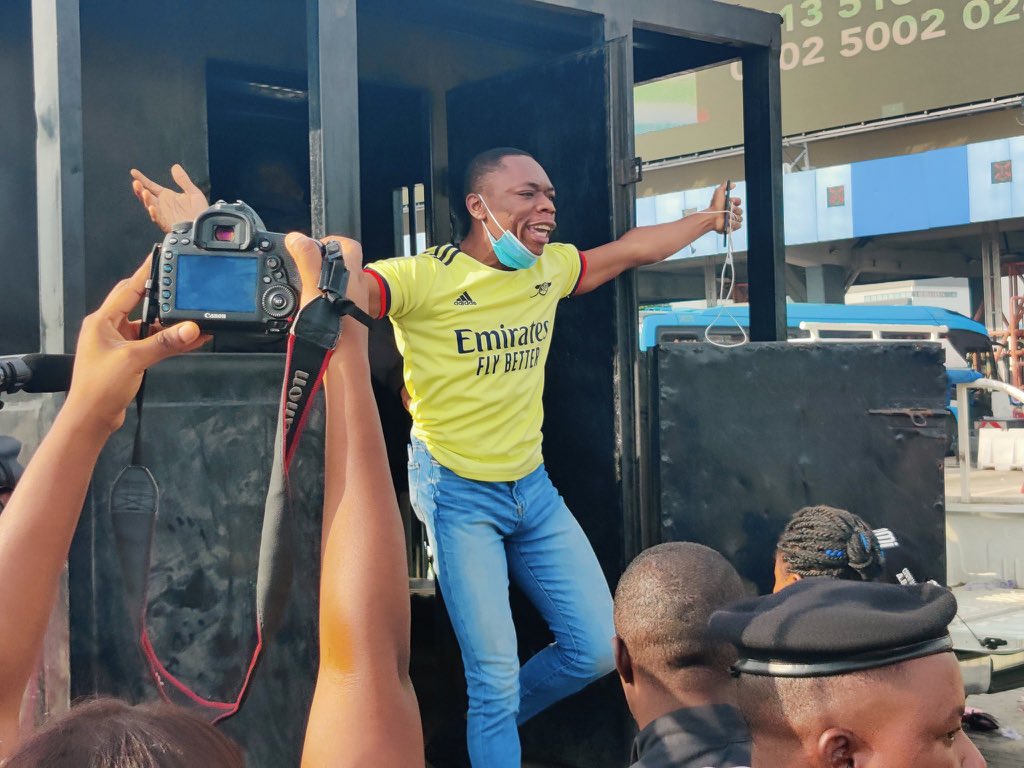 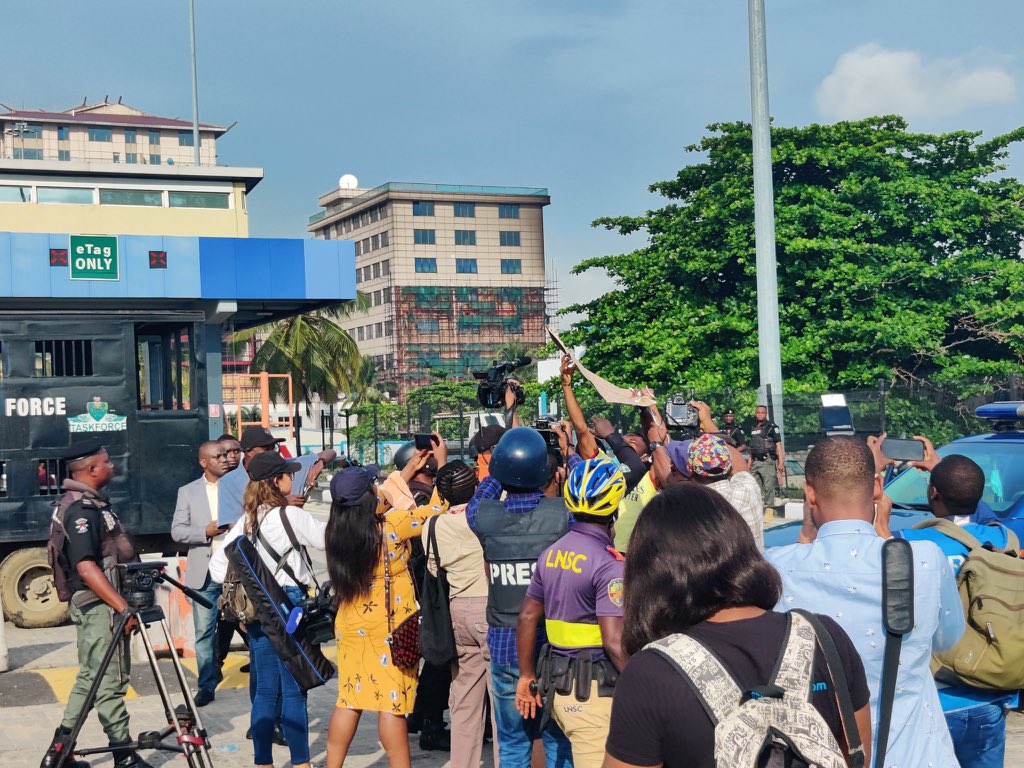 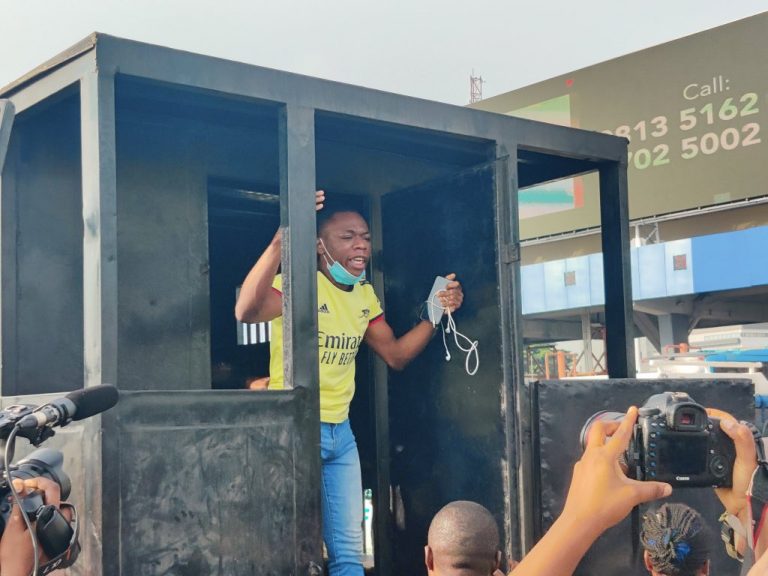 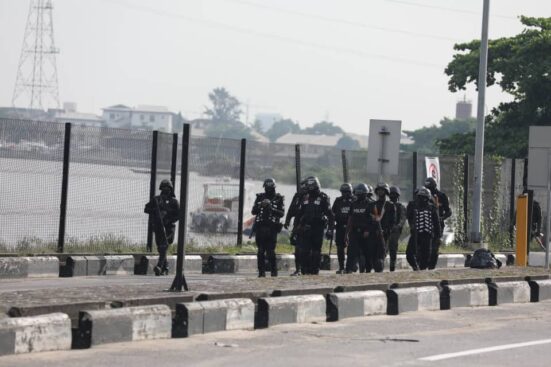 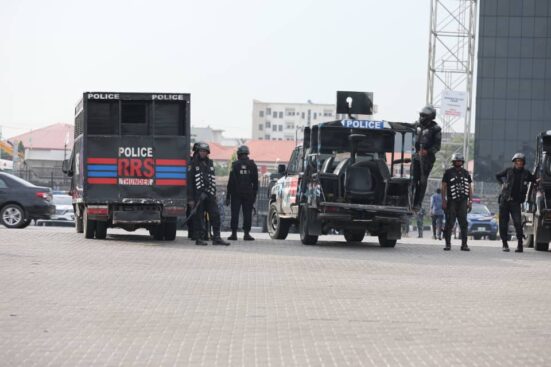 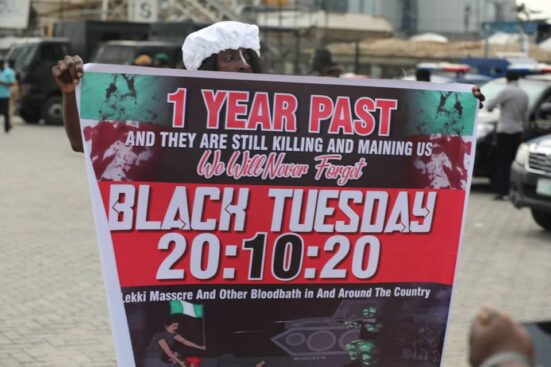 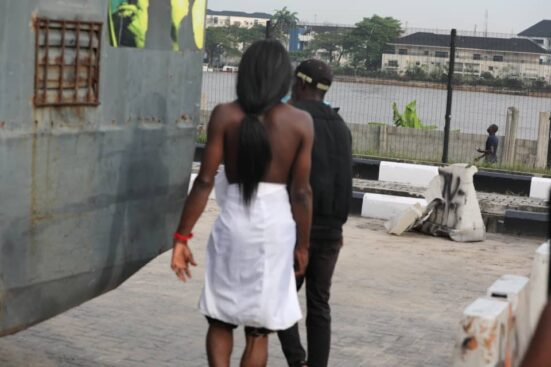 Meanwhile, Falz, Mr Macaron, and other Nigerian celebrities joined the protesters in the road procession while waving flags at journalists and security operatives at the tollgate.

The #EndSARS protest was held across the country against the SARS tactical unit of the Nigerian Police Force over brutality, illegal arrest, extortion, extra-judicial killings, among others. 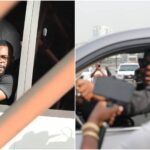 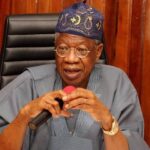