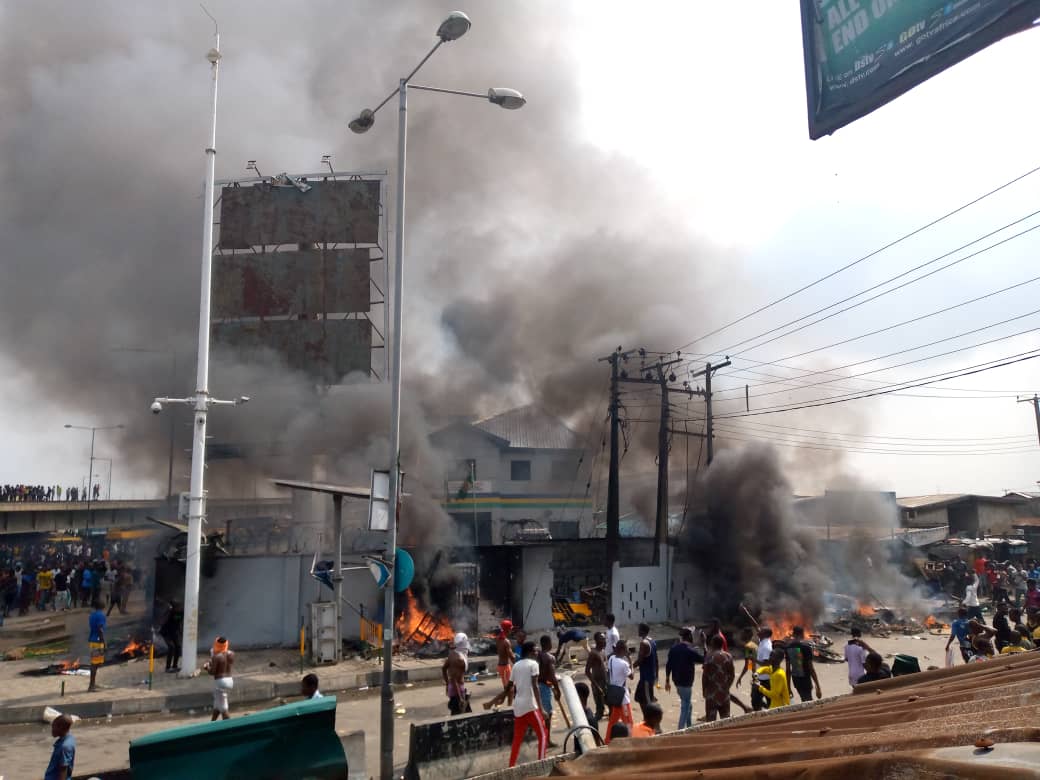 An eyewitness identified simply as Muibudeen told Punch that the incident happened around 09.45 am after some policemen allegedly shot two hoodlums who were hauling them with stones and broken bottles.

The spokesperson of the Apapa-Iganmu Local Government Area, Ayo Micheal who confirmed the incident said, “Yes, the station has been attacked.

Narating how two persons were allegedly shot dead in the incident, Michael said:

“What happened is that some boys came out this morning. They assembled themselves at Orile Junction. They were about marching down to Apapa. Just like yesterday that they started at Apapa Ports. They were on their way to Apapa, I learnt they passed through the police station and protested there.

“As they were protesting, police officers attempted to disperse them. They resisted the police. Before you know it, two boys were shot in the shoulder and chest. The two of them have died, according to reports that I got.”

Following the destruction of the police station, many #EndSARS protesters have taken to social media to condemn the action of the hoodlums.

They insist they have nothing to do with the incident noting that there was no #EndSARS protest in Orile area of Lagos State on Tuesday.

See some tweets containing photos and videos from the incident below:

Note 🗒: Let this be know that #EndSARS has nothing to do with this event, we have been Peaceful with our Protest.

Let it be known that our peaceful protesters never did this.Thugs have set a Police Station in Orile Iganmu on fire. Some minutes ago in Lagos State. RT for awareness pic.twitter.com/B9qEL2RxtQ

2 Feared dead as Hoodlums hijacked Protest at Orile iganmu… The police station is being burnt down by thugs not protesters, the protest was scheduled to start by 10am!!#EndSARS #EndPoliceBrutalityinNigeraNOW

The Thugs are now lynching a Police Officer at Orile Iganmu, This is what the Government loves to see 🤦‍♂️🤦‍♂️

RT to show the World that we are not one of them 🙏#Endsars#EndPoliceBrutalityinNigeraNOWpic.twitter.com/KpvSonA4nx

So the policemen shot at people in Orile (one is dead) and that's why the people got angry and burnt down the police station. This has nothing to do with #endsars protesters.

Scene of the Police Station set on fire at Orile Iganmu this morning.#EndBadGoveranceInNigeria #EndSARS #SideWithNigeria pic.twitter.com/7Wcckz31OB

READ:  Kidnappers Kills Gang Member Who Fled With Their N5m And Used The Money To Buy A Car 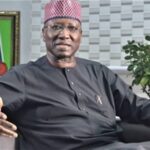 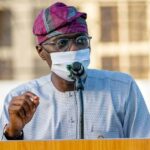