The PDP in a statement also alleged that Obi has also been receiving all manners of threats and blackmail, including threats to his life and those of his wife and children.

“Having realized that the majority of Nigerians are rallying behind the duo of Atiku Abubakar and Peter Obi as our Presidential and Vice Presidential candidates respectively, the Buhari Presidency and the All Progressives Congress (APC) have resorted to all manners of machinations, including smear campaigns and direct attacks on their persons and business concerns, in a bid to run them down.

“Otherwise, why is the Presidency on a wild goose chase in investigating Peter Obi, who left office as Governor of Anambra state five years ago with a nationally acclaimed clean record, intact reputation for frugality, transparency, zero tolerance for corruption and leaving behind a huge saving of N75 billion naira in cash and investments; without owing any salaries, pensions, gratuities or even contractors for contracts executed.

“The fact remains that the Buhari Presidency and the APC are merely shadow boxing in their attacks on Atiku Abubakar and Peter Obi, as their records before Nigerians speak for them.

“All discerning Nigerians know that the reasons for an investigation on a man like Peter Obi, is a journey to no where aimed to stifle him of funds as well as attempt to distract our campaign and divert attention from the failures of the Buhari administration.

“It is ludicrous that President Buhari would continue to condone the looting of our treasuries by his party leaders and the cabal in his Presidency, which even, the First Lady had even alluded to, only to be using government agencies to attempt to blackmail our Presidential and vice Presidential candidates whose reputations stand clear before all Nigerians.

“The PPCO reminds President Buhari that neither he nor Vice President Yemi Osinbajo was in 2015, as candidates, harassed, attacked at the airport or subjected to blackmails, and wonder why they are now employing such tactics just because Nigerians have resolved to do away with them, come 2019,” 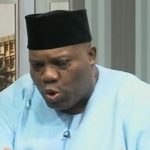 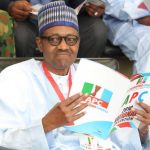