The Peoples Democratic Party (PDP) has warned the Presidency to stop lying against its Presidential Candidate, Atiku Abubakar, noting that even President Muhammadu Buhari who has been in office for three and half years, has never found anything incriminatory on Atiku.

The party issued this warning in a statement titled ‘Buhari’s Corruption Attack on Atiku Is an Illusion’ disclosed to newsmen by the Director Media and Publicity of the Peoples Democratic Party Presidential Campaign Organisation (PPCO), Mr. Kola Ologbondiyan. The statement read:

It is however unfortunate that President Buhari will resort to sponsoring fabrications and false allegations against Atiku Abubakar just because he has is overwhelmed by Atiku’s soaring popularity and acceptance by Nigerians as their next President, come 2019.

We wish to remind President Buhari, who has been unleashing his aides to attack our Presidential candidate, that Atiku Abubakar has never been charged, indicted nor convicted for any act of corruption by any competent authority whatsoever.

Moreover, President Buhari has been in office for almost four years and has never found anything incriminatory on Atiku Abubakar that can warrant his prosecution despite being hounded under the Buhari administration.

Perhaps, Mr. President needs to be reminded that even the Chairman of his Presidential Advisory Committee Against Corruption, Prof. Itse Sagay, after their detailed scrutiny, announced that they found no evidence of corruption against Atiku Abubakar and consequently absolved him of all allegations.

Furthermore, the United States Department of Justice had, in response to enquiry by a leading Nigerian newspaper in November of 2016, stated that, after scrutiny of public records, that there is no criminal case against Atiku Abubakar contrary to fabrications being promoted by the Buhari Presidency.

Nigerians can also recall that on December 22, 2014, President Buhari in praising Atiku Abubakar’s immense business acumen, through which he provided employment opportunities for thousands of Nigerians, described him as an “inspiration” and a man that has rendered ‘great service to Nigeria’.

Besides, because of President Buhari’s limited exposure, corrupt tendencies and manifest managerial incompetence, he is always fixated in his myopic creed that nobody can be successful except through corrupt enrichment.

It is therefore unfortunate that President Buhari has now resorted to sponsoring fabrications and false allegations against Atiku Abubakar just because he has become overwhelmed by Atiku’s soaring popularity and acceptance by Nigerians as their next President, come 2019.

The PDP Presidential campaign organization is aware that all the shenanigans being employed by the Buhari Presidency are designed to divert attention from the main issue of President Buhari’s woeful failure and the corruption in his Presidency.

Finally, the PDP Presidential Campaign Organization, however, refuses to be distracted from the referendum of the 2019 general election which is on the hunger, deprivation, insecurity, killings and bloodletting that have become the hallmark of the Buhari administration.

President Buhari must account for these sufferings because come February 16, 2019 Nigerians will register their protest against President Buhari’s misrule by casting their votes enmasse for Atiku Abubakar. 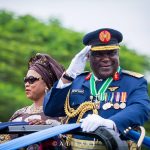 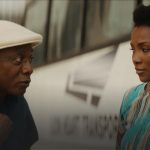