The movie has Genevieve Nnaji playing the role of Adaeze, a calm executive working at a bus company, Lionheart Transport owned by her dad played by Pete Edochie.

When the latter falls ill, both she and her rival (Kalu Egbui Ikeagwu) are passed over in favor of the uncle, played by Nkem Owoh.

‘Lionheart’  was premiered at the Toronto International Film Festival in September 2018 and was acquired by Netflix a day before its premiere. it was also screened at the Marrakech Film Festival in Morocco ahead of its January 2019 release on Netflix.

The movie finally arrived the Nigerian and Ghanaian cinemas on Friday, December 21, 2018, and here are what viewers and fans are saying on Twitter after watching it.

So yesterday i did this movie marathonb ibomtropicana
made it through six movies in one day lool#lionheart take number one out of all six movies for me.… https://t.co/PmcMFCMNEY

Maybe @GenevieveNnaji1 DID. She directed this one so sweetly.

That's why I'll go back to the cinema and watch it again. You should too.

Finally saw #LionHeart The movie was pure gold, the perfect feel good movie with great acting, humor without trying too hard and a good storyline. Well done @GenevieveNnaji1 this is your best one yet, I'm definitely going to see it again before it's on netflix. pic.twitter.com/ObNxet5Wct

All hail the queen Genevieve!!?❤

Ooohhhhhhhh!!!! The Igbo in the opening scenes of #LionHeart is already giving me SO much life!!! Yassss!!!!??????

#Lionheart scores a 9/10 without much effort.

I think my favourite thing about #LionHeart is how effortlessly the Igbo flows in this movie.

#Lionheart the movie is so so interesting! @GenevieveNnaji1 did a good job! I loved the movie!!!!

Thanks so much to all cast and crew of this amazing movie #LionHeart by @GenevieveNnaji1
More inspiration and grace to expand the scope of this movie beyond its present state. ?????????

LIONHEART HANDS DOWN THE BEST NIGERIAN MOVIE I HAVE SEEN.

If there’s a Nigerian movie you must see this Christmas, make sure you #Lionheart

Lionheart is a movie joor! I legit didn't want the movie to end. ?

So I really enjoyed Lionheart. The film had all the feels and for some weird reason I felt a bit of nostalgia.

Plus our girl @JemimaOsunde is out here killing it. Keep shining! 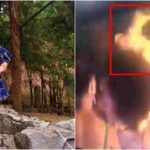