The presidential candidate of the Peoples Democratic Party (PDP), Atiku Abubakar, said that President Muhammadu Buhari is more of a power monger than a Democrat.

Atiku said this during the National Executive Committee (NEC) meeting of the PDP in Abuja on Tuesday, February 19, 2019, while reacting to the ‘snatch ballot box & pay with your life’ comment by President Buhari.

Yesterday, President Buhari had said that anyone who disrupts the forthcoming general elections by snatching ballot could pay with their lives. He said:

In reaction, Atiku accused Buhari of only pretending to be a democrat so he could return to power and wield it irresponsibly. He said:

“I have always said that General Buhari is not a democrat, he’s never been a democrat. We started the fight to drive the military, he was never there, he never participated. And you can see that because he just wore the garb of democracy so that he can come back to power and do whatever he’s doing today.

“He’s not a democrat, it’s a lip service. He’s more of a power monger than a democrat.” 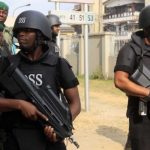 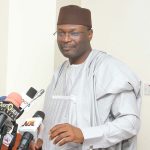