The Independent National Electoral Commission (INEC) chairman, Prof Mahmood Yakubu, has said that contrary to the directive President Muhammadu Buhari gave to the police and the military to shoot ballot box snatchers, culprits of electoral violence would be punished in accordance to the Electoral Act.

Although Part VIII, Section 129 (sub IV) of the Electoral Act stipulates that anybody who snatches or destroys any election material shall be liable on conviction to 24 months imprisonment, President Buhari had revealed during an emergency national caucus meeting that he had ordered security agents to shoot on sight anyone caught in the act. He said:

However, reacting to the directive during a media parley to update Nigerians on the progress made by the commission ahead of this weekend’s poll, the electoral INEC boss, Yakubu Mahmood said: 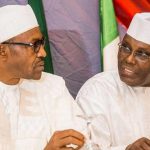 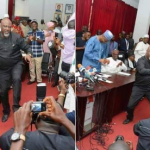