The Northern Elders’ Forum (NEF) has withdrawn its support for the President Muhammadu Buhari ahead of the upcoming 2019 presidential election because that nothing is working under his government.

According to a statement issued to newsmen, NEF said that President Buhari has failed to deliver on the conditions given to him in 2015 when they rejected former President Goodluck Jonathan, adding that Buhari ignored several attempts to meet with them and discuss various concerns raised about his performance.

“Two of the conditions we gave Buhari upon his assumption of office were that he should take concrete steps to address the abject poverty and underdevelopment in the North and he has woefully failed to marginally address any of them.

“Assuming that things are working in the North or in Nigeria as a whole, we would have taken a different position but everyone can see that things are not working under this government. Perhaps, as a prelude to where this government has taken this country, Buhari wasted six months before being able to set up his cabinet.

“And when he eventually formed the cabinet, he brought in persons who had not added any value to governance and his wife has vindicated us on this.

“As things stand today, we in the NEF do not believe that Nigeria’s cause will be helped by Buhari’s re-election in 2019. That is why we have decided to pick one of the other presidential candidates from the North for next year’s contest.

“It would be futile for anyone to blame anybody for the decision of the NEF against Buhari because his own wife has openly alluded to our position that some persons, who do not have the interest of Nigeria at heart, are running the Buhari administration without adding real value to the governance of Nigeria”.

“Apart from his poor performance to the dissatisfaction of those who made him President, Buhari has deliberately rebuffed all attempts by the Northern Elders Forum to meet with him and discuss issues pertaining to the region and Nigeria.

“This is the reason we meticulous screened over 13 persons from the Nnorth and finally picked four out of the large number and our choice has also been endorsed by leaders of Southern Nigeria including Ohanaeze Ndigbo, Afenifere and Middle Belt leaders.

“We believe that there is no need for us to be talking to Buhari again about what he needs since that will not change anything. We have moved and our votes will not be based on sentiment of tribe or religion but strictly on performance.” 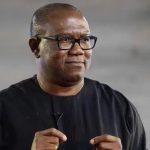 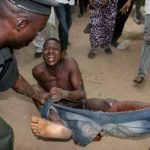