Most people are caught up on the UFC 229  fight last night in Las Vegas, where we saw Khabib Nurmagomedov beat Conor McGregor in the octagon, then fly out of it to attack another member of Conor’s team, while several of his entourage stormed the ring, trying to get at Conor.

Well, one member of Conor McGregor’s ‘team’ who was uninterested in getting involved appears to have been Drake – Yes! the famous rapper. He has been following Conor around all week, usually draped in an Irish flag.

A cam shot of the moment Khabib hopped the side of the ring to attack someone – pretty much known to be Dillon Danis, another MMA fighter who trains alongside McGregor – shows the Canadian rapper having second thoughts about the side he chose in the fight.

He appears to be thinking “what have I done?” and contemplating the idea that he might be about to be attacked by a man who has not only just choked out one of the all-time UFC greats but also wrestled with actual bears as a kid.

Even if you’re a hip-hop hardman, which Drake is not, you’d be pretty damn scared of Khabib, if he was leaping a cage to come towards you with that look in his eye.

Anyway, Drizzy didn’t end up getting his ass kicked, but that didn’t stop the Internet having their wicked way of trolling him with the unfortunately timed picture.

Drake shat himself when Khabib jumped the octagon ? #UFC229 pic.twitter.com/geujilfLlV

Drake when he saw Khabib climbin out of the octagon. ? #UFC229 pic.twitter.com/GQRVK6LU2Z

Maybe Drake will decide to throw his support behind Khabib if there is a rematch, after all, he is known for switching sides.

We won’t be surprised either, if we see him stick behind Khabib with his Russian flag, after all, like they say ” A real man, pick a team and stick with it.” 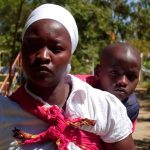 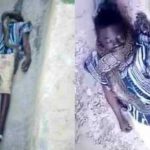