After the months of wait, build-up, hype, and exchange of angry words, Tyson Fury and Deontay Wilder did not disappoint. The two warriors gave all they had and fought as hard as they could that they couldn’t be separated.

Fury probably boxed a bit better, but Wilder unleashed two stunning shots to send his opponent sprawling to the deck. That Fury managed to get up to beat the count is remarkable in itself.

Those two knockdowns must have swayed the judges’ overall opinion, because the bout ended with a split decision draw being declared.

In fact, a load of people are saying that – despite being sat on his arse twice by Wilder, Fury won enough rounds and boxed well enough to get the victory.

It is notoriously hard to pick up a win as an away fighter in America. That sentiment was put forward by former heavyweight champion Lennox Lewis.

This #WilderFury judging takes me back to my first fight with @holyfield Just goes to show how hard it is for a Brit to come to America and take someone’s belt even tho that’s what we clearly saw. Big up to @Tyson_Fury who never ceases to amaze me. Hold ur head high! ???

A load of people agree with him, too.

Massive respect to @Tyson_Fury he’s a champ, a phenomenal comeback I’ve never shouted so much at a tv, be proud you’ve brought so much excitement to British boxing tonight congratulations your a winner in my eyes & the rest of the UK ??

Tell us how you really feel, Frank…

While it has to be said that Fury looked the more disappointed at the end, it could be said that he was lucky to make it that far. He was forced to show superhuman strength to pull himself from the canvas after all.

Not everyone thinks that Fury won the fight, by the way.

Wilder brought the fight all night. Fury did a great job “ShowTime”; but he didn’t Win tonight. Stop indoctrinating. We see what see

It looks as if the debate about this fight is set to run and run, but the result is in the papers now, and the good news is we’re likely to see a rematch.

If it’s anything like the first fight, the draw will have been worth it. 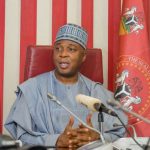 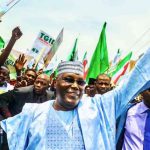