Actress Kathryn Joosten died on Friday June 1st after a long battle with cancer. She was 72. Kathyrn Joosten was best known for her role in the award-winning TV comedy series “Desperate Housewives,” in which she starred as the meddlesome neighbour Karen McKluskey.

Her death came less than three weeks after the “Desperate Housewives” series finale, which, perhaps presciently, saw the death of her character Mrs. McKluskey.

Joosten was first diagnosed with lung cancer in 2001. The cancer returned in September 2009. After Joosten underwent surgery and chemotherapy treatments, she was officially declared cancer-free in January 2010. She was an advocate for lung cancer awareness and research, even doing speaking engagements about her battle. 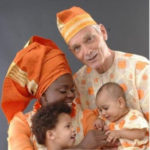