A few days ago Davido thinks Small Doctor is a living legend for taking such bold move during his performance at the APC presidential primary by telling President Buhari not to sleep. He took to his Twitter page to praise Small Doctor, calling him a legend for his courage.

Well, that Davido’s tweet is now famous and has gone viral in the last few days and the reaction from Nigerian Twitter is been wild.

In case you don’t know, Small Doctor made the news a few days ago when he told President Buhari during the All Progressive Congress (APC) presidential primary to not sleep. Well, the video of that performance has since gone viral with a lot of people applauding his courage.

However, when Davido joined the bandwagon of people applauding him on Twitter, it didn’t take long before followers and fans began to react to that particular tweet. Here are some of the reactions on Twitter from the now famous tweet by Davido.

And their Baba was actually sleeping wen he sang that part ???

Khabib didn't get paid after beating McGregor. Now @iam_smalldoctor will not be paid or refund the money collected for telling the president @MBuhari to not sleep. @iam_Davido don't let FG press charges on this small truth

BUHARI: I want that boy 'small doktor' to perform at the APC National Convention. 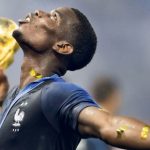 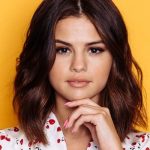