An Indonesian airline, Lion Air flight JT610 crashed into the sea after losing contact with the ground just 13 minutes after taking off from Jarkata with 189 people on board.

The airplane is said to be carrying 181 passengers, including one child and two babies, and eight crew members. The pilot of the plane had requested to return to the airport shortly before it crashed into the sea.

At least 23 Indonesian government officials were on the flight, Including two foreigners on board: an Indian pilot named by the country’s Jakarta embassy as Bhavye Suneja and an Italian citizen.

Search and rescue workers of about 300 people including police officers, fishermen and soldier rushed to the scene and began sifting through the wreckage in waters up to 35m deep.

Images posted by the country’s disaster agency online show a crushed smartphone, books, bags, headphones, ID cards, personal belongings and parts of the aircraft’s fuselage that had been collected by search and rescue vessels. According to a reporter, there are no survivors, based on body parts found so far.

The operations director of Indonesia’s search and rescue agency, Bambang Suryo Aji, said that he no longer expected any survivors and the rescue efforts were now focused on finding bodies.

So far six black body bags containing the remains of people on board when the aircraft hit the water have been filled and laid out at Tanjung Priok Harbour, a major container port to the north of Jakarta.

The president of Indonesia, Joko Widodo has ordered the National Commission for Transportation Safety to begin an investigation immediately. Speaking at a conference in Bali, Mr Widodo said that he felt the anxiety of the families waiting for news of their loved ones and urged Indonesians to “keep on praying”.

Friends, and relatives of those on board prayed and hugged each other as they waited at Pangkal Pinang’s airport, while at the National Search and Rescue Agency headquarters in Jakarta, family members turned up, hoping desperately for news.

One woman there said her sister, who was about to get married, had been on board the flight. “We are here to find any information about my younger sister, her fiance, her in-law to be and a friend of them,” she said.

Wiping away tears from reddened eyes, she added: “No one provided us with any information that we need. We’re confused. We hope that our family is still alive.”

Lion Air’s president-director Edward Sirait said the jet had a technical problem during its previous flight from Bali to Jakarta but that the problem had been fully repaired.

In a statement, the company said it was “deeply saddened” by the disaster and offered its “heartfelt sympathies” to the families and friends of the missing passengers.

According to the company:

The airplane took off at 6.20am and crashed a mere 13 minutes later, transport ministry officials said. According to publicly available flight data, the first clue that something was wrong came just two minutes into the flight when the 737 reached 2,000ft altitude.

It dropped more than 500ft and veered to port before climbing again. No distress signal was received before all data was lost at 3,650ft.

The pilots had asked to turn back to base shortly before losing contact with air traffic control, according to a spokesman for Indonesia’s air navigation authorities.

Investigators will attempt to recover the craft’s so-called black boxes – secure devices that record flight data and voices in the cockpit.

The disaster is the worst accident to affect Lion Air, which was only founded in 1999. The only other fatal incident in its history was in 2004, when one of its aircraft crashed during landing, killing 25 of the 163 people on board.

This deadly crash has left Indonesia with one of the worst reputations for safety in the world. The country’s airlines were only removed from the European Union’s blacklist in June, and have also in the past been banned from American airspace as well.

Monday’s crash is the second-worst in the country, after a Garuda Indonesia flight crashed in the city of Medan, killing 214. 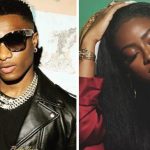 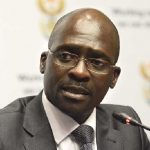