A jilted boyfriend murdered his girlfriend who is a junior doctor, for refusing to marry him. The man then tried, unsuccessfully, to end his own life by stabbing himself in the stomach. The couple had been seen talking animatedly several hours before her body was found in a village in Kazakhstan.

But it is believed that she refused because her parents didn’t approve of him. He was furious over her rejection, Bekenov used a knife to sever her head as they sat in his Daewoo Nexia, he then tried but failed to end his own life by stabbing himself in the abdomen after writing a suicide note asking that they should be buried together.

Bekenov has been detained in hospital in a “grave but stable” condition with knife wounds and will be moved to detention.

He faces a charge of murder with a minimum sentence of 15 years.

His note confirmed he had beheaded the woman after she told him she would not marry him, it was reported.

The woman’s beheaded body was found in the car near a dam on the edge of Tasboget village, five miles from Kyzylorda city. 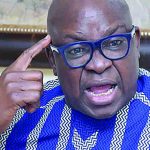 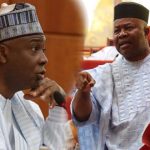