Senator Benjamin Uwajumogu who is an All Progressives Congress (APC) lawmaker said that the N13.5 million received by lawmakers in the upper legislative chamber is nothing compared to their job description.

The Senator said this while reacting to a question on the newly proposed minimum wage for Nigerian workers by the organized labour in Abuja on Tuesday, October 30, 2018.

Senator Benjamin Uwajumogu said, comparing civil servants and senators is like “comparing apples to oranges”. And urged the Federal Government to implement the new minimum wage. He said:

“Comparing Senators and civil servants is like comparing apples and oranges. I can tell you that clearly, N13.5 million is nothing in the cause of running your office and position as a Senator of the Federal republic of Nigeria.”

“They keep comparing Nigerian Senators with Senators in the US. What a Nigeria Senator takes as a matter of fact is seven hundred and something thousand naira as a salary. That senator in his office has five official staff that works for him in his constituency, depending on how many local governments.

“In my constituency for example, I have six local governments; I have not less than six people who work in not less than six of each local government and they are being enumerated and paid. So I have a wage bill from my constituency of well over N5 million every month to pay. “That doesn’t include the fact that when anybody has a baby in your village, it is your village and you have to pay. When there is a burial, you pay, when there is someone sick, it is your responsibility. There is so many responsibilities attached to the office.”

“I don’t think people need to worry about what Senators are being paid. Our receipt is just that amount I mentioned. We are completely being underpaid. Now, you go to the US, their salary may be a little lower than that N13.5 Million but there are other things that are provided for them such as transportation, what they need to do their work.

“The US governor spend nothing less than two point something million dollars every year on every senator because they have to hire consultants and all sorts of people who work for them. “To draft a bill is not a very cheap program and there are training programs and trips Senators are supposed to attend. So please, I want to beg Nigerians that the debate has been very unfair to us.”

Nigerian lawmakers in the red chamber receive at least N13.5 million as running cost aside their monthly salary of N750,000. This revelation sparked outrage amongst Nigerians compared the monthly minimum wage of N18,000 paid to workers by the Federal Government. 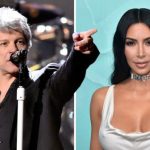 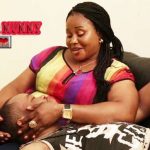