A man identied as Deeraj Kharol who announced last week that he planned to bury himself alive as part of a bizarre ritual to attain ‘samadhi’ (salvation) and be resurrected as a God three days later, is currently recuperating in a health center after he was rescued from underground by police after spending 8 hours in a grave alive in order to become God.

Deeraj Kharol is a tantrik who had been living in a temple in Karocho ka Kheda village, Rajasthan, for a few years. Last week he announced that he planned to bury himself alive as part of a bizarre ritual to attain ‘samadhi’ (salvation) and be resurrected as a God three days later.

The villagers, instead of advising him against the intended burial, urged him to carry on, and even helped in digging a pit for him near the temple where he stayed. Last Wednesday, on the first day of Navratra, they buried him in the pit, as per his instructions.

Fortunately, as people from other villages and hamlets gathered to witness the ritual burial and covered the pit with stone slabs and mud, and started worshiping at the spot, police got wind of the ritual and a team of officers were deployed to the scene.

Reports say when officer Mansingh Dev and his colleagues arrived at the pit at around 2 am on Thursday to rescue Deeraj Kharol, the villagers resisted the move, saying they were there to distract the ritual.

After convincing elders of the community that if he was not rescued, Deeraj Kharol would die out of suffocation, they finally allowed the police intervention.

He was reportedly brought out almost unconscious, and taken to a nearby hospital for treatment.

As he recuperates in the hospital, he has reportedly told police officers that it was his own wish to perform ‘samadhi’, claiming he wanted to attain salvation. He added that the burial ritual was an instruction by the “supreme power”.

Although he asked the authorities to leave the villagers alone and hold him responsible for the incident, police have reportedly charged him together with the villagers who assisted him to bury himself alive. 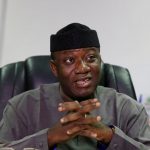 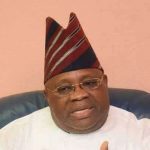