It’s beginning to seem like we’ll never know for sure whether or not Trump really got that golden shower in Russia, though there’s still hope that Tom Arnold could actually manage to hunt down the pee pee tape. If you can’t wait to see the president get pissed on, you can now go ahead and piss all over him yourself—or at least your dog can, thanks to this urinary masterpiece from an artist, Phil Gable in New York City.

Phil Gable set up the whole tiny Trump statues across Brooklyn on Friday. He sprayed the whole thing down with a liberal coat of pet potty-training aid and told Gothamist that it was partly a public service—as a dog owner himself, he knows how much it sucks to have some mutt take a leak all over your flowers or whatever—but that it was mostly about, you know, getting to see Trump’s face doused in pee. Gable’s words were:

“It was largely just a personal expression of my own disdain for Donald Trump, both as a President and a human being.”

“I felt like this week was a particularly disturbing one in the ongoing shit show that is the 45th presidency, so it seemed like a good time to find a new, funny way to express the disgust that so many of us feel.”

Then he told VICE that he set up five of the tiny Trump statues all over Brooklyn and that since then, people seem to be enjoying them. He’ll probably expand his operation into the city because he doesn’t want the dogs of Manhattan to feel left out of the pee party. If you’re feeling left out yourself, well hey, there’s nothing stopping you from joining in too. Sure, these things are made for pets, but maybe you’ll get lucky and manage to spot one discreetly tucked behind a car, ripe for the tinklin.

People really seem to enjoy taking a piss on Trump, that is taking out their pent-up Trump rage by turning him into statue form and abusing the hell out of him. We’ve seen disturbing reconstructions of him stripped nude, dressed as a serial killer, and beaten to shit by ticked-off liberals and punk bands. And while that might not be the most effective way to resist this presidency, for Gable, at least, it’s pretty cathartic.

“I know this isn’t a grand gesture of protest. He’s not going to hear about dogs peeing on a tiny statue of him and just say, ‘That’s it. Now, I’m stepping down, but everybody has their own way of dealing with things.” 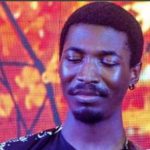 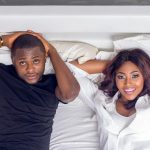