A 45-year-old South African woman identified as Lilly Ngwenya said she has helped women who couldn’t satisfy and make their men happy in bed.

Lilly Ngwenya was born in Hammarsdale, KZN. She had a calling to become a native doctor when she was three years old.

“I was shown a necklace with a cross that belonged to a mkhulu. I got my powers from him.”

Lilly said because of her powers she never struggled at school.

“I had a clear understanding of every subject. “I passed my diploma in teaching at Mpumalanga College of Education easily.”

On the reason why some women find it difficult to satify their men on bed, Lilly said, these problems start at an early age. When girls become young women, there must be a ceremony or ritual to introduce them to adulthood. If this doesn’t happen, the girls will have problems when they are older. She also said the same thing happens to boys.

Dineo Phala (39) from Katlehong, Ekurhuleni said she knew she had a problem but she blamed her man when he left her. But Lilly helped her identify where they went wrong. Today, she’s fine with her man.

“I came to see Lilly who told me my parents didn’t perform a ceremony for me when I entered adulthood. Today, my man is back and we are fine.”

A 26-year-old woman also said she didn’t believe in native doctor but her difficulties landed her at Lilly’s door who helped her, now she’s fine.

“She worked her magic on me and I am fine now,” she said. 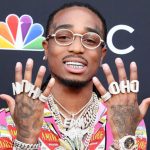 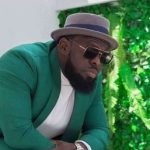