Popular On Air Personality (OAP) and author, Toke Makinwa is on the news again, this time she is using her platform to educate a ‘concerned follower’ who told her she may be scaring men from approaching her because of her level fame, beauty and wealth. She referred to them as weak men.

Toke Makinwa decided to clear the air about some men who feel intimidated by her level of success or wealth and according to her, any man who feels inferior is weak. She also added that a woman should be able to add to her husband’s riches and accomplishment.

The beautiful OAP took to her twitter yesterday and tweeted that she was at a bridesmaid’s fitting for a close friend of hers who will be getting married soon.

A follower commented to her post telling her that men might be scared of approaching her because she is pretty, wealthy and famous. They might feel she would not submit when she becomes their wife, Reminding her how African men and their ‘insecurity’ problems.

But Toke in her response to him said men should not be intimidated by strong women but rather, a man who is with a powerful woman should be excited, push you out of your comfort zone and make you want to be more. She went on to say that any man who is intimidated by a strong woman is weak.

See her posts below:

A strong woman should not intimidate you, a powerful woman should excite you, push you out of your comfort zone and make you want to be more

A strong woman should make you proud of her, knowing that if anything happens she has all it takes to get down and fix shit. If she intimidates you, you are weak and simply short sighted ✌️ 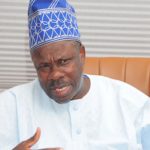 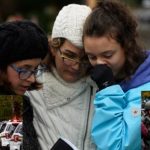