A woman has caused quite a scene after she blatantly refused to kiss her fiance during their court wedding at Ikoyi Registry, Lagos, saying her church forbids kissing and hugging.

An Instagram user, The Proff has shared a viral video of a bride who apparently, blatantly refused to hug or kiss her groom during their legal marriage at the Ikoyi Registry in Lagos.

The drama unfolded after the exchange of vows and before signing their marriage certificate at the Ikoyi Registry.
The man and his bride who is believed to be a member of Jehovah’s Witness were asked kiss and hug to formalize the union which is a norm and shouldn’t be a problem. However, the woman completely refused to kiss her husband.
Witnesses revealed that the woman explained that hugging and kissing in public is forbidden in her church. Even though observers begged her to proceed to kiss her man, the woman was adamant as court officials tried to explain the importance of the kiss.
Her refusal to kiss her husband delayed the ceremony for close to 20 minutes as the court registrars also refused to go further with the ceremony. 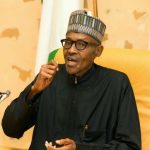 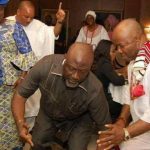