El-Zakzaky was arrested in Zaria, Kaduna in 2015 after soldiers killed over 300 members of the sect after allegedly throwing stones at the convoy of the Chief of Army Staff, Lieutenant-General Tukur Buratai, an act declared by the Army to be an assassination attempt.

During an invasion of his home, he was arrested and imprisoned with his wife, Zeenah, without any official court charges until he was charged to court in May 2018.

On Wednesday, November 7, 2018, the Minister of Information and Culture, Lai Mohammed was addressing the media after the Federal Executive Council (FEC) meeting, he said El-Zakzaky is being housed at a residence where it takes N3.5 millions to feed him monthly. Read the Report HERE.

While many protested that the figure is false, others questioned why the government would not consider releasing him instead especially since the Federal High Court has ordered El-Zakzaky’s release from custody in a December 2016.

Kaduna State governor, Nasir El-Rufai, while hosting the management team of The Sun Newspaper in Kaduna on Thursday, November 15, said the N3.5 million in question is not used solely to feed El-Zakzaky.

“The N3.5 million monthly feeding on El-Zakzaky is not only about his food, but other expenses on security men attached to him. The security men are permanently stationed with him, they surrounded where he is kept.” 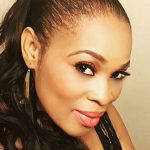 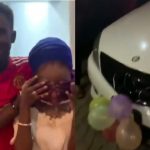