The Osun State Governor, Ogbeni Rauf Aregbesola, can’t wait to go back to his wife after being absent from their marriage for eight years.

The governor, whose second term ended on Monday, November 26, 2018, blamed the demanding role as governor for the circumstance he is facing. He said:

“I want to go and rest. I have been an absentee husband for long enough. I now want to stay with my wife and enjoy each other.

“We are happy we have someone like Gboyega Oyetola succeeding this administration because he knows everything we did and will surely continue where we stop. so, there is hope for this state.

“All praises go to God for not allowing those who wanted to use trick to get to power without vision and who will destroy our legacies and reverse the direction and the development of the state. Every file before getting to me must pass through Oyetola. So, he is set for the job.”

The outgoing governor had initially stated that he did not earn salaries throughout the eight years of his administration.

The governor said since it was the state that was feeding him, fueling his cars and provided him with accommodation, there was no need for him to be paid.

Aregbesola also said that he did not have bank accounts where money was kept in any part of the world. 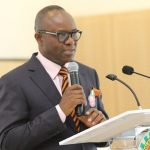 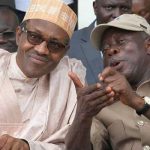