Kano State governor, Abdullahi Ganduje, has again promised President Muhammadu Buhari that he’ll get at least 5 million votes from the state in the 2019 presidential election.

The governor made his first promise on February 2018, he restated his commitment towards making it happen at a rally in Kano on Sunday, November 25, 2018.

The governor said the state is progressive and will only vote for a progressive government that’ll help the Nigerian people.

“If you remember, we promised Mr President a minimum of five million votes. Kano is the home of the progressives. What do you expect from Kano apart from progressive government, administration and voting?

“That is why we are all united to give Mr President over five million votes from Kano State.”

During another rally days prior, the governor had boasted that Kano is ‘the home of Buhari’ where his ‘political umbilical cord’ resides.

“Kano State is the first state that you can confirm that, come 2019, the election will be won. We’re not only fighting to win the election, we’re fighting to get a minimum of five million votes for Buhari.”

Buhari had won 1,903,999 votes in Kano, his highest in any state, during the 2015 presidential election and is believed to enjoy massive support in the state.

During the primary election of the All Progressives Congress (APC) to elect the party’s 2019 presidential candidate in November, Buhari won 2,931,235 votes in the direct election. 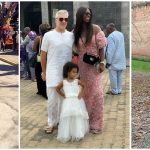 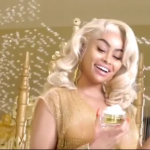