Kano State governor, Abdullahi Ganduje, would appear before the investigative committee set up by the Kano State House of Assembly, to investigate the authenticity of the video clips showing him receiving bribes from contractors handling projects in the state.

Gov Abdullahi Ganduje has headlined the news over the past few weeks after he was caught allegedly receiving bribes in dollar bills, from contractors handling projects in the state. He is said to have allegedly received a total of $5 million in installments from certain contractors on several occasions. Read the report HERE.

The Secretary of the seven-man investigative committee Committee, made the disclosure in an interview, yesterday, in Kano. He said the committee had invited the governor.

“The letter, which was signed by the Chairman of the Committee, Alhaji Baffa Danagundi, and issued to the governor, is requesting his appearance to hear the matter from his own perspective.”

“You may wish to appear together with your lawyers for the hearing, and enclosed is the copy of the video clips for your perusal.” 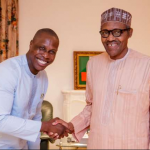 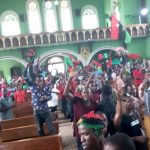