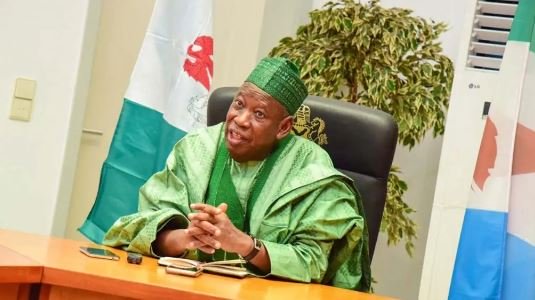 KanyiDaily had reported that the Coalition of Northern Groups (CNG) launched “Operation Shege-Ka-Fasa” in a bid to tame the rising spate of insecurity ravaging the northern part of the country.

However, Kano State Government dissociated itself from the newly floated Northern security network, saying it has invested enough in the state’s security and does not need any other external arrangement.

According to him, Kano state government has provided a conducive environment for the security agencies. He added that the state has a Command and Control Centre that facilitates inter-agency communications and collaborations.

Governor Ganduje further stated that his administration has invested about N500 million to build an army training centre at Falgore, which he said is the biggest forest in the country, stressing that the sole aim of ensuring the state is safe for everybody.

KanyiDaily recalls that the Southwest recently launched a similar outfit named “Operation Amotekun” before it was pronounced illegal by the Federal Government.