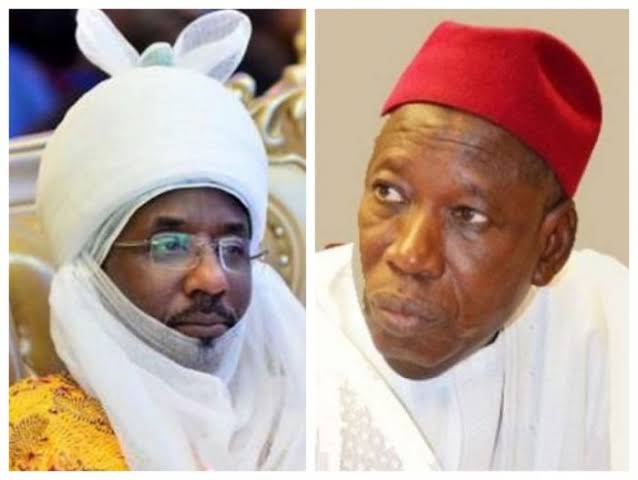 Kano State Governor, Abdullahi Umar Ganduje said he has received a letter from 35 civil society organisations (CSO) calling for the immediate dethronement of the Emir Muhammadu Sanusi for disobedience to constituted authority.

Governor Ganduje made this known in statement issued by his media aide, Abba Anwar, on Thursday, December 19, 2019.

According to him, the the request to dethrone Sanisu over his alleged disobedience to constituted authority came from 35 CSOs who were concerned that the Emir is making efforts to create a state within a state.

Ganduje did not list the 35 CSOs, but said their request was signed by Ibrahim Ali, chairman of the coalition.

The statement did not indicate if the governor would commence the process to dethrone Sanusi and when that would be done.

Governor Abdullahi Umar Ganduje of Kano state has received a letter from a coalition of 35 civil society groups urging him to, in the interest of protecting the sanctity of the rule of law, and the mandate given to him by Kano electorate, as a matter of urgency, start the process of dethroning the Emir of Kano, Muhammadu Sanusi II.

The letter titled “Kano State Emirate Council Law, 2019 : Demand Letter” states clearly that, “The coalition of 35 Civil Society Groups under the above-mentioned group (UMBRELLA OF KANO CONCERNED CIVIL SOCIETY GROUPS) are curiously studying the unfolding events in the running of Kano State affairs especially in recent time, as it relates to the lingering face-off between the Government of Kano State on one hand and the Emir of Kano on the other hand.”

Reminding specifically that, matters that arose from the aftermath of Kano State High Court decision nullifying the Kano State Emirate Council Law, that was enacted by the State House of Assembly, which eventually paved way for the enactment of another Law, creating additional 4 First Class Emirates, which also empowers the Governor to take disciplinary measures against any erring emir, “…should be effected,” according to the letter.

The letter was signed by Comrade Ibrahim Ali, Chairman of the Coalition, which continues that, “Soon afterwards, the same Law which repeals all the existing Emirate Councils Laws, and consolidates it in the Kano State Emirate Council Law 2019, was again been challenged first by the purportedly 5 kingmakers from one of the 5 Emirates established by the said law.”

The letter lamented that, even the “…second litigation was initiated by the so-called Kano State Elders who indulged their group in their understanding that, the Law was aimed at distorting 1000 years of heritage or thereafter of Kano.”

After narrating all the disagreed areas in the letter, the group demands that, “That the action of the Emir of Kano Malam Muhammadu Sanusi II of continued undermining the constituted authority of the government of Kano State and its organs, is not only unconstitutional, but is an effort to create a state within a state. Which no responsible leadership will tolerate and allow to remain unabated.”

They suggested that “With the recent decision of Kano State High Court, His Excellency shall proceed and ensure the full take-off of the Council of Emirs in the State. So as to stop the current distraction and generation of controversy.”

The letter seeks that, “If the Emir of Kano fails to submit to the authority of the government of Kano State, we call on the Governor of Kano State on the strongest term, to act strictly in accordance with the provision of Kano Emirate Council Law 2019 in order to heed the state forward.”

They concluded that they hope their demands and recommendations get the governor’s attention, noting and further necessary action, as provided by the Law establishing all the 4 Emirates in the state. 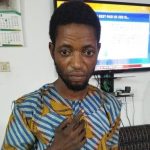 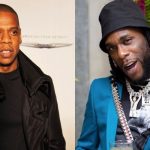