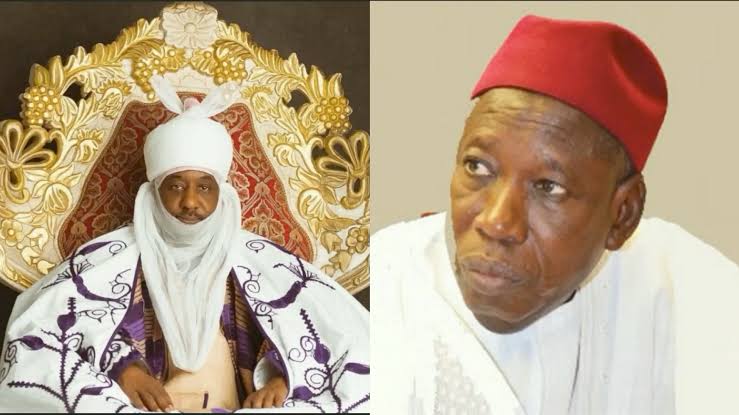 Kano State Governor, Abdullahi Umar Ganduje has reportedly ordered the seizure and demolition of a property worth N250million belonging to the Emir of Kano, Muhammadu Sanusi II.

Daily Nigerian reports that Governor Ganduje ordered that demolition of the land located at Ibrahim Dabo Road, which belongs to Emir Sanusi, to pave way for the ongoing flyover and bridge being constructed at the Dangi roundabout area.

Emir Sanusi was said to have purchased the 1.2 hectares (over 30 plots) of land in 2010 at the cost of N200million and currently valued N250million at commercial rate, but Governor Ganduje approved N4.5 million as compensation to the monarch, insisting that payment would be made in accordance with statutory land rate.

The demolition of the fence and structures on the land was reported to have been personally supervised by the state Commissioner of Works, Muaz Magaji, on Friday, 15 November, 2019.

Magaji was accompanied by other officials of his ministry to Sanusi’s land, where he mounted a Grade D9 bulldozer and demolished a section of the fence surrounding the land.

Before Mahaji embarked on the demolition, he reportedly asked the Emir to send a representative to witness the exercise — a request Sanusi obliged by sending the district head of Garko to represent him.

According to eyewitnesses, after the commissioner pulled down a sizeable portion of the monarch’s fence in the presence of his representative, he then reportedly ordered the waiting group of armed hoodlums to pillage the facility.

The Chief of Staff of to the emir, Munir Sanusi, declined to comment on the matter, saying the emir had not given him clearance to speak on the matter but palace sources reportedly told a reporter with Daily Nigerian that the emir is yet to receive any payment from the government as compensation for the parcel of land, through which the road will pass through.

But the commissioner told the publication that the state government had paid compensation of to the emir.

“I can tell you he got the alert. For eight months, this issue has stalled the project, and this project is for public interest.

“We were even hoping that the Emir would give us the land free to continue with the work. But since he did not give it to us, we decided to engage to services of valuers who valued it according to the statutory land rate because the government does not engage in commercial purchase,” he said.

He explained that the state government has also paid compensation to all other property owners whose structures were affected by the flyover project. 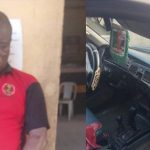 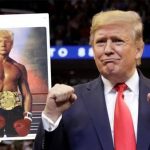