The former governor of Anambra state and vice presidential candidate of the Peoples Democratic Party (PDP), Peter Obi, has denied the allegation that he demolished mosques and also sent Hausa people out of the state while he was governor. He described the allegations as sheer fabrication, wicked and inhuman from opposition in their desperation to get elected into public offices.

On Thursday, November 1, 2018, Peter Obi responded to the allegations at event in Lagos, he said it was pitiful that rather than finding a way to resolve the plight of Nigerians, the opposition is spreading falsehoods in their desperation to be elected into public offices.

The formal governor described the allegations as sheer fabrication, wicked and inhuman as he was accused of snubbing the Sultan of Sokoto, Saad Abubakar and former Minister of Planning, Shamsudeen Usman in their attempts for mediation.

The former governor denied disrespecting the Sultan as it is never in his character to disrespect elders. He said:

“The irony of this concoction is that I have been a friend of His Eminence, the Sultan right from my first year at the University of Nigeria, Nsukka, in 1980 through his tenure as Nigeria’s Defence Attaché in Pakistan till the present.

“The fact is that the visit of his Eminence, during which I was alleged to have snubbed him was purely a courtesy call after which I personally accompanied him to see the Obi of Onitsha, Obi Alfred Achebe with whom he had a meeting. I also requested His Eminence to visit the Hausa community in the state during which I offered to rebuild and subsequently gave them the funds for that purpose.” 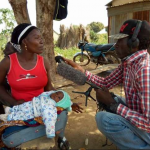 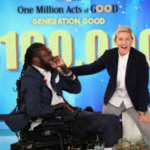