Rihanna’s lawyers fired off the cease and desist letter to Trump’s legal team after he played “Don’t Stop the Music” at his Sunday rally in Chattanooga, TN. According to the letter, POTUS has used Rihanna tunes “in connection with a number of political events held across the United States.”

Rihanna sends a legal warning to the President in the early hours of yesterday (November 5) after her 2007 hit ‘Don’t Stop The Music’ was played at a Republican rally in Chattanooga, Tennessee.

Why play RiRi’s music, when everyone knows how much she loves Obama … just seems like an intentional act. Well, Rihanna ain’t waiting for election day, she’s made it clear where she stands.

Responding to a tweet which claimed that ‘Don’t Stop The Music’ was being played as “free Trump t-shirts” were being tossed into the crowd, Rihanna wrote:

Not for much longer…me nor my people would ever be at or around one of those tragic rallies, so thanks for the heads up philip! https://t.co/dRgRi06GrJ

“Not for much longer… me nor my people would ever be at or around one of those tragic rallies.”

The letter, first posted by Rolling Stone, reported that lawyers acting on behalf of Rihanna have issued Trump and his team with a cease and desist letter, preventing them from using any of the star’s songs at their public events from now on.

“As you are or should be aware, Ms. Fenty has not provided her consent to Mr. Trump to use her music,” her legal team reportedly wrote in a letter which was sent to Trump’s White House counsel. “Such use is therefore improper.”

Rihanna’s warning and subsequent legal action come only a week after Pharrell Williams condemned Trump for playing his hit ‘Happy’ at a rally which took place on the same day as the shooting at a Pittsburgh synagogue that claimed the lives of 11 people. 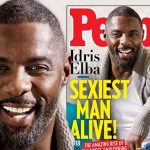 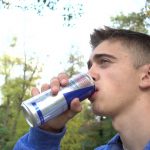