President Muhammadu Buhari and other presidential candidates in the 2019 general elections has signed a Peace Accord as a commitment to peaceful elections in the country.

The signing of the accord which was organized by the National Peace Committee (NPC) took place at the International Conference Centre, Abuja.

According to Pulse, the former Head of State and Chairman, National Peace Committee, retired Gen. Abdulsalami Abubakar, said that the objective of the accord was to ensure peace before, during and after the polls.

Abubakar said that political parties must seek for peace throughout the electioneering period, as elections would not hold without peace.

“It is also important that governance after the elections will be impossible without a peaceful environment.’’

He also enjoined political parties to adopt Code of Conduct that promoted peaceful conduct and inclusiveness during electioneering period- before, during and after the elections.

The chairman also urged all political parties to keep to the provision of the peace document as they marched toward the elections.

He said that by agreeing to sign the accord, all the political parties and their candidates had agreed to maintain peace, beyond self-interest and accept the outcome of the election for the good of the country and its citizens

Abubakar said that the security situation in the country should be a source of concern for everybody and more especially political parties, saying you must not do anything to make the bad situation worse.

“As political leaders, all candidates for political office, must show example for their conduct and actions .You must lead by example by your attitude and conduct. Also by your speech and what you sponsored.’’

He said that political parties and their candidate must create a conducive atmosphere for the conduct of free, fair and credible elections in 2019 and beyond. The time to do what is right is right now’.

The former head of state said that the mere signing of the peace document would not achieve its objectives until and unless all actors accepted to work by its provisions.

He called on all religious and traditional leaders to play their role in ensuring peaceful conduct of the elections.

He commended President Buhari and political parties on their commitment to conduct of free and fair elections in the country.

Former Head of State, Gen. Yakubu Gowon, while presenting a keynote address at the occasion, said that the nation was yet at another critical junction as it prepared for the 2019 general elections.

Gowon said that there was a need to consolidate on the peace enjoyed in 2015 in the 2019 general elections.

Gowon said that it was gratifying that the Independent National Electoral Commission (INEC) had pledged credible elections in 2019. He said

“Citizens of our nation cannot ask for less, but we should all be party to the success by ensuring that politicians vying for public offices and their supporters are united in the sincere pursuit of issue-based electioneering.’’

He said that regardless of Nigerians’ affiliations, buying of vote would defeat the essence of democracy, while elections rigging would deny the desire and aspiration of Nigerians for good governance.

Gowon urged party leaders and their candidates to honor the accord that they had signed, while also calling on INEC and security agencies and election observers to maintain their neutrally in the coming elections.

He commended President Buhari for signing the Not –Too-Young-To -Run Bill and the members of the National Peace Committee for organizing the signing of the peace accord.

Uwais expressed hope that parties that signed the peace accord would have a peaceful campaign and successful elections.

The European Union Ambassador to Nigeria, Ketil Karlsen, said that Nigeria had in 2015 set an example for Africa and for the world alike, seeing the outcome of democratic elections prevailed.

“As the country prepare for 2019 elections, we hope that Nigeria would further consolidate on democracy through free, fair, credible, transparent and peaceful elections.’’

Karlsen said that the presidential candidates and political parties had a role to play by saying no to hate speech, vote buying, intimidation of voters and saying yes to peace and transparent elections.

He advised INEC to guide its independence, while political parties should guide their neutrality and guarantee safety without intimidating voters.

The Ooni of Ife, Oba Adeyeye Ogunwusi, speaking on behalf of the traditional leaders, said what politicians needed to know was that Nigeria was greater than anyone.

“We should know that the peace of our nation is very critical and gamine to the growth and development of the nation. No individual or political parties can say they are greater than the nation.

“As a result everybody should focus on how to keep peace and how our great country will continue to make history in the comity of nations.’’

Ogunwusi, who said that the peace accord was very critical to the next level of the nation, added that the day the politicians became aware that the nation was greater than them, would be the day the country would start making progress.

Dignitaries who attended the occasion include: the Sultan of Sokoto, Sa’ad Abubakar II; the Chairman of Dangote Group, Aliko Dangote; the Bishop of the Catholic Diocese of Sokoto, Bishop Matthew Kukah as well as INEC Chairman, Prof. Mahmood Yakubu. 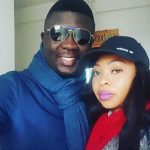 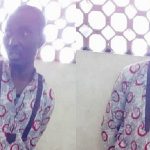