The Presidential candidate of the Social Democratic Party (SDP), Donald Duke has promised to bridge the gap between the rich and the poor by offering free tuition in all levels of education in the country, if elected president in 2019.

Donal Duke, represented by Mr Precious Elekima, the Governorship candidate of the party in Rivers, made the promise on Monday in Port Harcourt, at the flag-off of the party’s campaign for 2019 polls in Rivers.

“Today I am representing our presidential candidate to pass his message to Nigerians and to the people of Rivers State in particular.

“His Excellency, Donald Duke, says that everyone matters. You deserve the best in this country. He says that his administration will bridge the gap between the poor and the rich in the country.

“Our administration will bridge the gap between the rich and the poor by offering free tuition in all levels of education – from primary to tertiary.

“We will revisit the handover of schools to missionaries with a view to working out an agreeable partnership, taking into consideration the interest of the public, the missions and the communities.

“Undergraduate and postgraduate scholarships home and abroad will be offered. Board of governors will be inaugurated for all public primary and secondary schools in Rivers state.

“This is because if lecturers and judges can work up till 70 years, I am sure civil servants can also work till that age.

“Our pensioners will be on first priority and must be paid first before anyone in the state.”

He called on Rivers people and Nigerians to vote for the party because its leader feared God and loved mankind, adding that the SDP would win the Rivers and presidential polls in 2019. 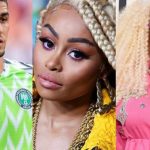 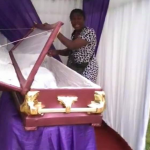