The wife of the President, Mrs. Aisha Buhari, has dissociated herself from the N150 million scandal allegedly collected from members of the public by one fake Kogi State First Lady, Amina Mohammed using her name.

Following the arrest and investigation by the DSS, Mrs. Buhari has dissociated herself the case and has also warned her staff not to engage in any fraudulent activities, adding that “anyone found guilty will face the full wrath of the law’’.

The warning was made in a statement by her Director of Information, Mr Suleiman Haruna, on Wednesday in Abuja. The statement quoted Mr Haruna as saying that:

“The wife of the President Mrs Aisha Buhari, has been following events related to investigation of a fraud suspect by the Department of State Services (DSS) and wishes to dissociate herself from all the individuals involved in the stated fraud case.”

“Mrs Buhari wishes to state that one Mariyatu whose name was mentioned in the case is not her sister and the so called Amina Mohammed is not and was never her associate.

“Therefore, they are not in a position to transact any business in her name or that of her office,’’ the statement added.

The statement also explained that the wife of the President did not use her office to transact any business.

“Mrs Buhari wishes to inform the general public that whoever does business with anyone in her name will be doing so at his or her own risk.

“As for staff of her office, the wife of the President warned that anyone found to be engaged in fraudulent dealings, will face the full wrath of the law.” 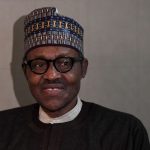 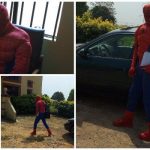